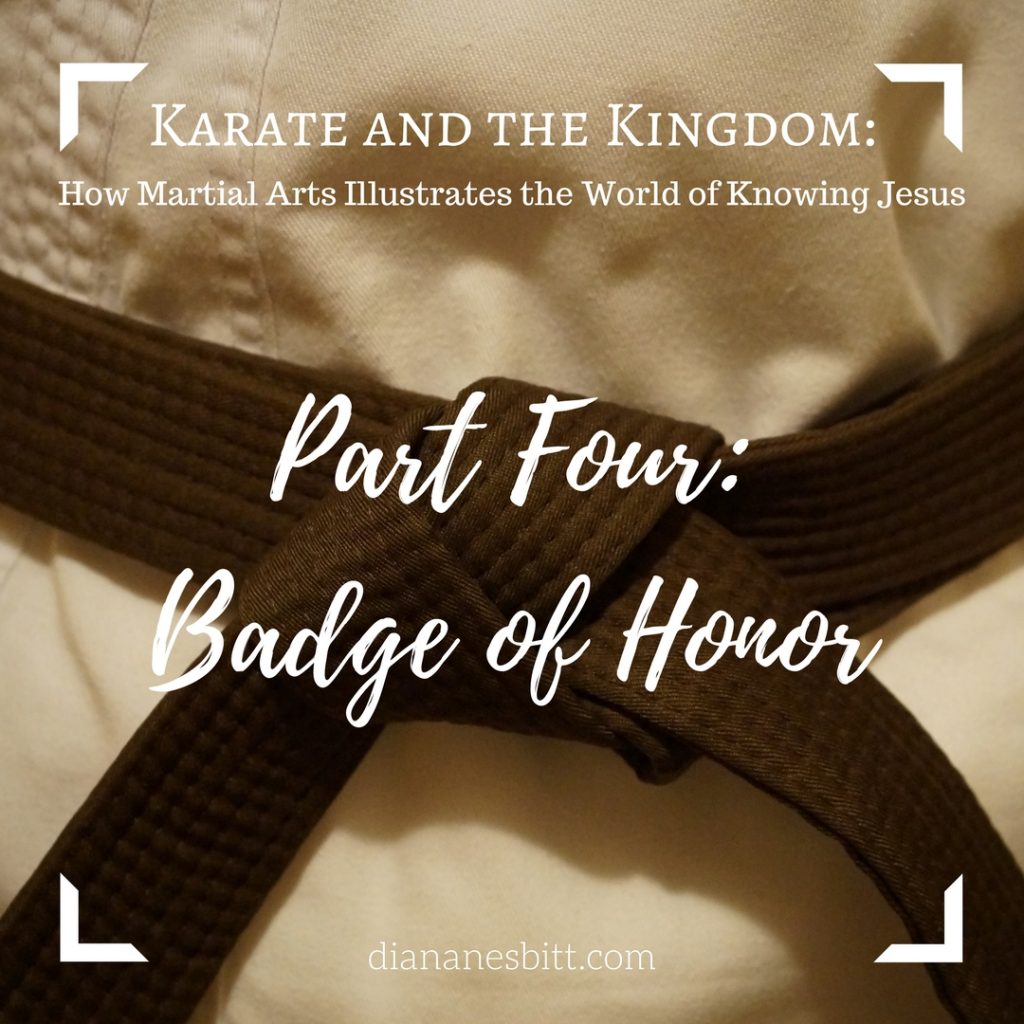 Thwack, thwack, thwack. Thwack, thwack, thwack. The dull sound of flesh hitting flesh as forearms collide in waltz time pulses through the karate dojo, accompanied by low conversation. Nearby I hear a faster tempo as two of the guys with muscular arms go at it twice as fast as everyone else. Next we go to legs. A smack on the thigh with the shin is returned by my partner, followed by a hit on the outside of the calf with the top of the foot. The tempo for this is slower than with arms, each person glancing downward to avoid hitting their partner’s knee.

Sometimes, we do our stomachs as well. This is when I have a hard time not laughing. A rhythmic plop, plop, plop sound fills the dojo as we tense our abdominal muscles and permit another person to punch us in the stomach three time before we return the favor.

All of these strange-sounding procedures are pieces of a foundational aspect of martial arts training: conditioning. The point of conditioning is not only to prepare your body to take a hit by working up from softer to harder hits, but also to prepare your mind to recover faster if you are ever really hit. If your body is used to absorbing and responding to impact, it is less of a shock if it ever happens to you in reality. However, if you condition a little too enthusiastically, one of its side effects can be a little bit of bruising. This is especially probable if you work with one of those wiry people whose limbs are like iron rods.

Not just any old bruises – badges of honor

There is a certain amount of pride and awe with which you view bruises you receive at class. When you get a bruise at karate, it’s not just any regular old bruise. It’s a Uechi tattoo (Uechi Ryu is the style of karate that I practice, named after its founder, Kanbun Uechi). One of my dojo mates recently commented on Facebook that a Uechi tattoo is a badge of honor. It’s a mark that shows you worked hard in class – you took a hit and lived to tell about it (although class really isn’t that violent, I promise).

In the New Testament, the apostle Paul spoke several times of suffering physically because of his work in spreading the gospel message about Jesus Christ. He was even stoned and left for dead once, and at the end of the book of Ephesians he states, “Let no one cause me trouble, because I bear in my body the marks of Christ.”

I have to admit that I read such statements with a bit of trepidation that I will also be required to suffer for my faith in a similar way – and with hope that I will stay faithful to Jesus even if I am. Yet Paul never speaks of his sufferings with regret or fear, even stating that his goal is “To know Him [Jesus] and the power of His resurrection and the fellowship of His sufferings.” (emphasis mine) I eagerly desire the first two, but my prayers to follow in Paul’s example falter when I get to the third. However, through martial arts, I’ve started to catch a glimmer of Paul’s spirit as he discusses the scars he bears as a result of being persecuted for Christ.

We protect what we fall in love with

Being willing to carry the marks of something in your body is proof that you judged something else to be more important than your physical safety, which we protect by our most basic instincts. I recently heard a quote by photographer Louie Schwartzberg on this TED talk video (Beware, there is a brief moment of skinny dipping footage! Fast foward to 1:28 if you want to skip that and hear the quote): “We protect what we fall in love with.” That’s a very telling statement when we think about the things in the world that we protect: children, works of art, valuable jewels, new cars. If we value something, we want to preserve it from being damaged.

If we protect what we fall in love with, the lengths to which Jesus went to protect us from suffering for our sins in hell speak volumes about how much He loves us. He gave His own body as the necessary sacrifice for our sin.
John 15:13 says “Greater love has no man than this, that a man lay down His life for His friends.”
Romans 5:7-8 states, “For rarely will someone die for a just person, although for a good person perhaps someone might even dare to die. But God proved His own love for us, in that while we were still sinners, Christ died for us!”

The most beautiful badge of honor

What I find fascinating and beautiful is that even after He rose from the dead with a new body, Jesus retained the scars He gained while on the cross. Though He could have chosen to rise from the dead with a pristine body, He kept those scars, like an eternal badge of the highest honor, to give visible proof of how much He loves us and how far He went to rescue us.

Like the Apostle Paul, we are to be willing to follow Jesus’ example and make sacrifices – even of our physical safety – so that others can also hear the good news about Jesus’ love for us. This sounds scary and hard, like getting punched. But just like we work up to being able to take harder hits through conditioning in karate, the more we practice being bold and obedient for Jesus, the more He makes us willing and able to endure discomfort and even suffering for Him. It’s not something we can prepare for all at once. Little by little, as we spend time with Jesus and fall more in love with Him, our fears will fall away, and we too will want to protect others from spending eternity apart from God and losing out on all the wonders of eternal life.