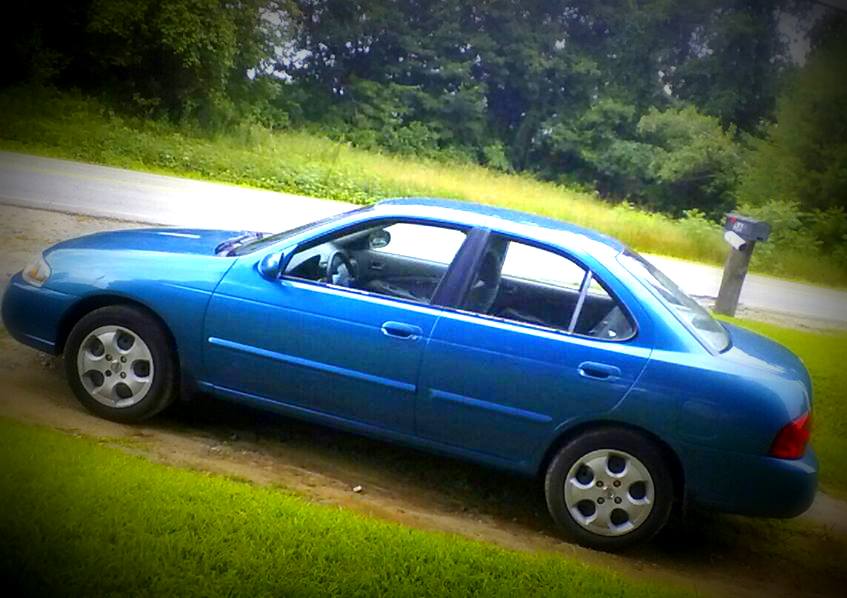 Three weeks after I bought it, my brand-new-to-me used car started shifting like I was doing a bad job driving a standard, when in fact I was driving an automatic.  Since it was still under warranty, I took it back to the dealer/repair shop that I had purchased it from to get it fixed. They tried a simple solution and that didn’t work, so I took it back for a second round of more intensive treatment.

It took a while for the part they needed to come in, but finally the day when my car was supposed to be ready drew near. My mother was going to be in the area of the dealership with my aunt and uncle the next day and was willing to pick up the car for me, so I called ahead to find out if it would be ready and if there would be a charge for the repairs so I could send money with her if needed.

“No, you haven’t had the car very long, so that’s something we’re going to have to take care of.” The mechanic told me. I was happy with that answer, so I thanked him and told him to expect my mother the next afternoon. However, the next evening I found out that the car wasn’t ready when my mom went to pick it up as something more urgent had come up at the garage. So I waited another day, and after I got home from work my mom told me that the mechanic had called and said the car was ready. However, the part had cost a lot, so the mechanic said that the garage would only pay half the bill, as per my warranty, and I would have to pay the other half – $300. I was more than a little shocked and unhappy. One day I owed nothing, and the next, I owed $300.

Black thoughts filled my mind as I rode to the dealership with my mother the next day. I was ready to give the people at the dealership a piece of my mind and make sure they knew I would not recommend their business to anyone again.

I walked into the office, ready to do battle. It was empty, and my mother and I waited for a few minutes before I got up the courage to call “Hello!” into the empty space beyond the desk. Immediately the mechanic, a perpetually smiling man, emerged from the garage, apologizing for not hearing us come in.

Before I could unload both barrels on him, he explained in a quiet voice that his boss had been gone that week and they had been short-staffed and he apologized for the miscommunication about the fees. He said he had to do what his boss told him, but he wanted to help me out personally in whatever way he could. I didn’t know what he meant by that, but I continued listening as he explained the work that had been done on my car and a couple of discounts they had given me. When he was finished, he again said, “I feel bad about this, so I want to help you out personally however I can.” With that, he pulled a fifty dollar bill out of his wallet and and laid it on my car bill.
“Oh. You don’t have to do that,” I said, amazed at his gesture. But he again reiterated that he wanted to help, so with tears in my eyes I thanked him and paid the remainder of the bill. Here I had been ready to slaughter the man for going back on his word, and he had simply made a mistake during a stressful work week. His willingness to make it right, even though it cost him personally, restored my battered faith in humankind.

The $250 dollars I had to pay was no longer a burden; it was a blessing and a lesson  that I will never forget.
I cried the whole way home, rebuked for my evil thoughts and profoundly grateful at the kindness of a mechanic and the loving provision of my Heavenly Father.

“Love…is not provoked, and does not keep a record of wrongs…” 1 Corinthians 13:5b

Question: Has God ever provided for you in a special way? Share your story in the comments below!