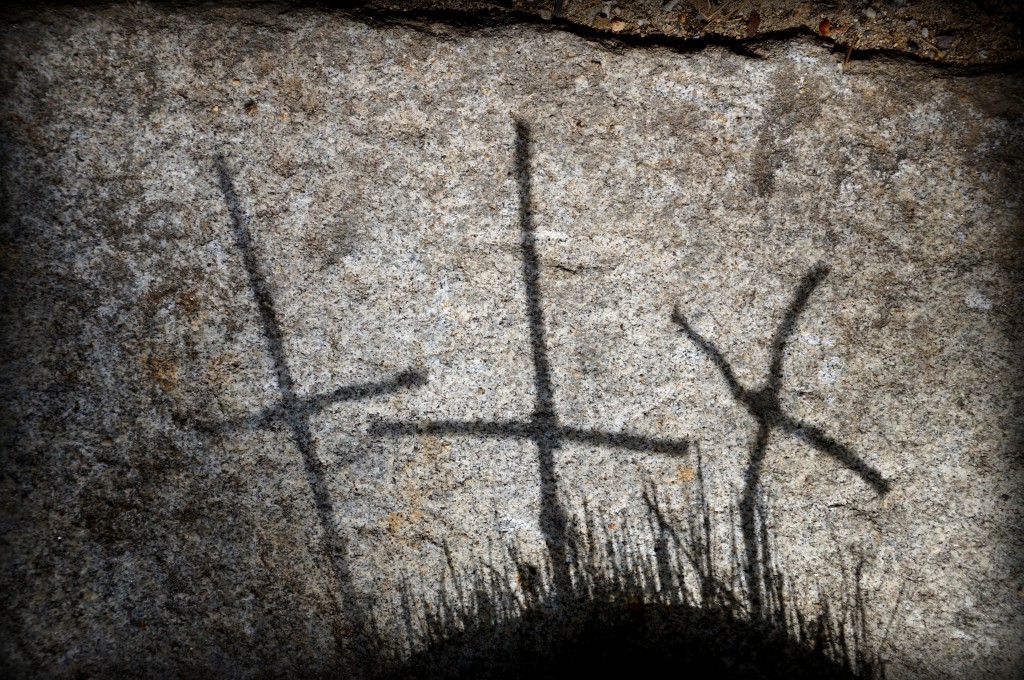 It is something of a paradox that the day we remember Christ’s death on the cross is called “Good Friday.” I can’t think of any other day in history that could have been so incredibly good for some people, yet so incredibly bad for others. It’s interesting to think about the different groups of people involved in that day and what their perspective was as to whether or not this was a “good” or “bad” day.

My mind goes first to the thief who repented on the cross. What must have started out for him as the worst day of his life turned into the best day of his life in an instant, when, because he recognized that the Man hanging next to Him was the Son of God, he heard the words, “Today you will be with Me in Paradise.”

My heart goes out to Christ’s disciples as I wonder just what they were thinking and feeling on that day. Not only the Twelve, but also those beyond the inner circle who had believed Christ and followed His teachings. My guess is that the reigning feelings of the day would have been confusion and disappointment. Seeing the One you believed was the Messiah who had come to victoriously rule over Israel beaten, mocked, and unjustly murdered would mess with anyone’s mental processes and put a damper on their day. The Old Testament prophecies that they knew didn’t explain the timing of the events surrounding the Messiah’s reign. They didn’t have the whole story like we do now – they were part of making it. How great must have been their sorrow as they watched the One they dearly loved hang on that cross. I wonder if there was anyone there who realized what was going on and could see Christ’s impending victory through His apparent defeat. There certainly must have been those who thought this was the worst day the world had ever known.

The Pharisees and other Jewish leaders, however, must have been celebrating that day. Finally, their jealous, gnawing desire had been realized. They had rid themselves of their greatest threat and nuisance – Jesus Christ. Or so they thought.

Lastly, the One for whom this must have truly been the worst day ever (even though He knew all the answers about it) was Christ. The night before this He had been praying in such agony of spirit about this day that His sweat fell like drops of blood. He even asked not to go through this if there were any way that He could avoid it. But there wasn’t. So, He submitted to His Father’s (and strangely enough, His own) will and went to the cross. By the time He was nailed to the cross, He had already endured a long morning of trials, betrayal, and mockery. There must have been enough heartache and sadness to last anyone a lifetime jammed into those hours. Not only had He endured great emotional pain, but He had undergone a beating that would have killed most men. After that, the brutality of the cross.

The most heartbreaking moment of the day must have been when Jesus cried out, “My Father, My Father, why have You forsaken Me?”

I can’t imagine how much more, even than the physical pain He was suffering, the intense torment Christ must have felt when His Father turned His face away from Him. There are a couple of ways that I’ve tried to get myself to comprehend just what this meant for Christ:

First is that God, in His completeness, is made up of three Persons: God the Father, God the Son, and God the Holy Spirit. While Christ was fully a man (without sin), He was still fully God. To me, God turning away from Himself would be like having a third of your body ripped away from you – and being the one doing the ripping yourself. Another thought is this: We are born separated from God, so having His face turned away from us doesn’t sound as awful to us as it should. But Christ WAS God – He had never sinned or been apart from His Father. Imagine having the person you love most turn away and separate themselves from you for no fault of your own. Even with how hard that would be for us, it would still pale in comparison to the pain Christ must have felt.

Finally, I think of one other aspect of Christ’s suffering that would have made this an incredibly bad day for Him. “He made the One who did not know sin to be sin for us, so that we might become the righteousness of God in Him.” 2 Corinthians 5:21 ~ Christ did not even know sin – it was not His companion as it is ours. It had never touched Him. And then for Him to become sin for us – only God could have the power to do such a thing that was so repulsive to and opposite of His nature, that was yet required to satisfy His nature. It’s another paradox. God hates sin. To say that He can’t stand it is a huge understatement. He abhors, detests, loathes, despises, and abominates sin. Sin is the only thing that kindles His wrath. Can you imagine a mountain, a tower of rock and granite, melting like candle wax? That’s what God’s wrath against sin does. Christ was fully God, so to have all of the sins of the world that anyone ever has and ever will commit laid on Him for three hours must have been utterly wretched. It is far beyond my comprehension how horrifically repulsive it must have felt to Christ to have the filthy refuse of sin laid on His holy, pure, sinless self. No wonder the sun was blackened for three hours.

So why do we call this day “good”? Because of the victory that lay beyond the cross. Three days later Christ would rise from the dead, victorious over death and sin, and appear to His followers. In time, it would be revealed that the seemingly terrible, pointless events of that day were really part of God’s plan to pay the price for sin and offer eternal security and hope for everyone. Every person on earth who places their trust in the One who suffered so that they could be spared, can be positive that they are going to Heaven when they die. Christ’s work on the cross was an act of selfless, horrific suffering on His part, required because of His equally just and loving nature. An act of love and mercy so great, for sinners so rebellious and needy, that cost Him so much, that we humans do not possess the mental capacity for comprehending it.

That, my friends, is why Good Friday is so good.

*This is post was previously published on my other blog, https://writeforward.wordpress.com/