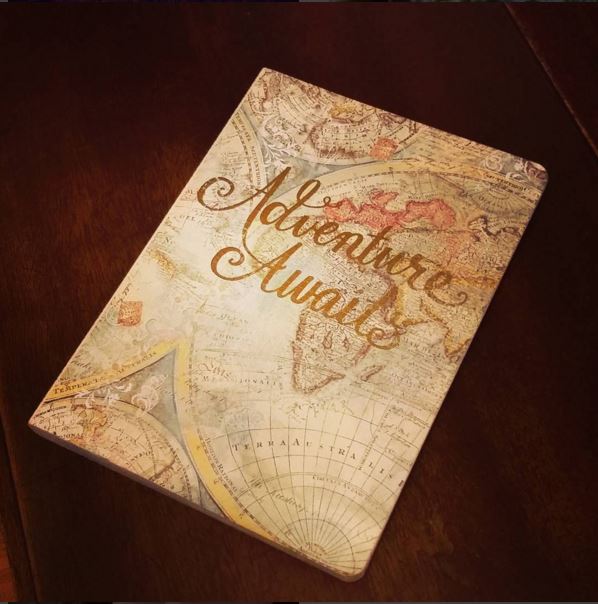 The design of the journal I filled last year is all about travel and adventure…during the year I thought cynically a few times how inappropriate such a journal was for me, a girl who has never been south of West Virginia or west of Wisconsin and has never even flown in an airplane. Adventure does not seem to know my address, nor to be willing to pull me beyond the confines of my comfortable life. And yet…2015 did hold adventure of sorts, and maybe more than that, offered the renewed hope of promised adventure in the coming years.
The word I chose for myself at the beginning of 2015 was love. I had a list of about five areas of focus, at the top of which was “Love lavishly, create copiously, trust implicitly.” Well, I have to say that my focus on those things didn’t really last much longer than the time it took me to turn the page in my journal after I wrote them down. That’s not to say I utterly failed at growth in all of those areas, but I certainly didn’t spend much time intentionally working on them like I thought I would.
But then again, that’s part of the adventure. We have our plans, and God has His. (And when they don’t match up, His are always better.)
This year, I think God’s word for me was faith. In fact, I think that’s what it was in 2014 too, but I was too thickheaded to see it. This year, however, I can see the progression of growth in myself, His answer to my cries of “I believe! Help my unbelief!”. In my Bible study time, I went through two inductive Bible study books, one on the book of Romans (Experiencing the Power of Life Changing Faith) and one on 1, 2 & 3 John, Philemon, and James (God’s Love Alive in You). Studying James left me wanting to go deeper into the book, especially with its emphasis on demonstrating genuine faith by works, so I decided to start a Precept Upon Precept study of the book of James. This kind of study is inductive as well, but goes much further in depth with more word studies, cross-referencing, and life application exercises. The homework is supposed to take an hour a day but I just spend as much time as I have on it. It will just take me longer to get through the study. 🙂
At work, due to life changes and unexpected events in different people’s lives,  we were short staffed at the office by about 2-3 people at various points for the greater part of the year (which makes a big difference in an office of 13!), and while it was challenging, it was wonderful to see the way God poured His grace over the whole office and orchestrated everything. Everyone simply pulled together to fill the gaps and support each other as best they could, and one of the empty positions was filled by someone who was already set to come in temporarily the very week the position opened. I spent extra hours in different departments than I usually work, which opened doors for me to deepen my relationships with several of my coworkers with whom I ordinarily never would have interacted as much. It turned out to be a lot of fun, and it allowed me to gain a boatload of experience in many different areas of my workplace! Thus, by the end of summer I was officially working full time- something that I had been praying for a while that God would orchestrate if that’s what He wanted to happen.
2015 held some fun, too. In July, I was able to attend a coworker’s wedding, as well as help with some of the decorating and cleanup. It was the first wedding I had been to in a while, and it was fun to sit around a table with people from the office and not hear anyone say the word “tooth” even a single time (not that any of us mind talking teeth! 😉 ). A week or two later, my parents and I and my brothers and their families went camping together. It was nice to have some time to spend with each other in a different setting.
In September, Mom, Dad, and I went on a day adventure and drove up Mount Washington. The day was clear, which is apparently quite rare for the mountain, and warm. The views were absolutely stunning. 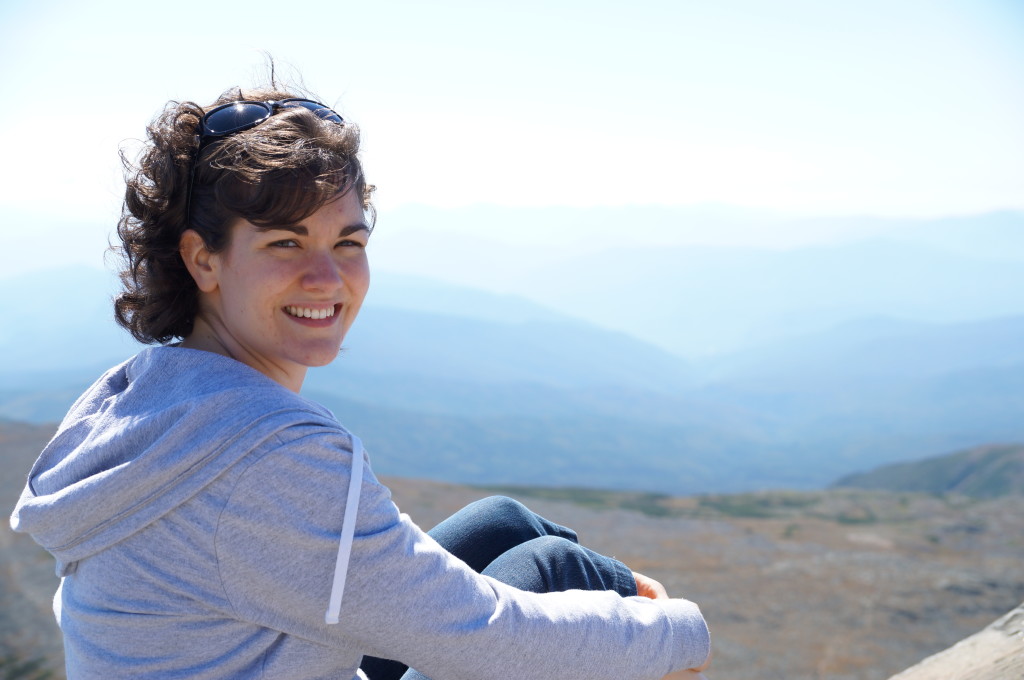 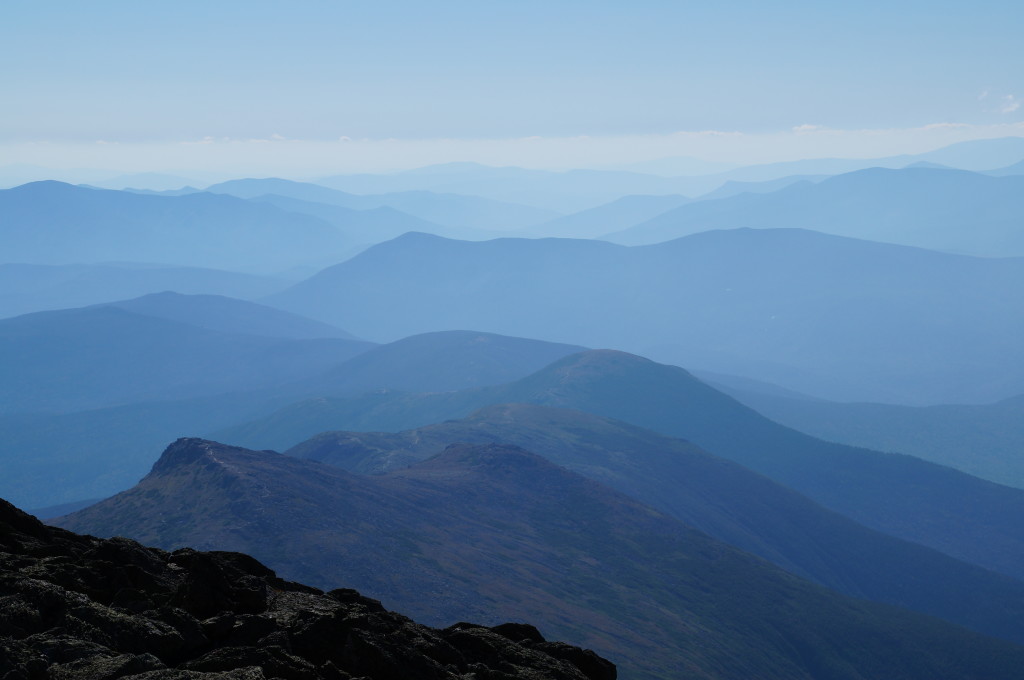 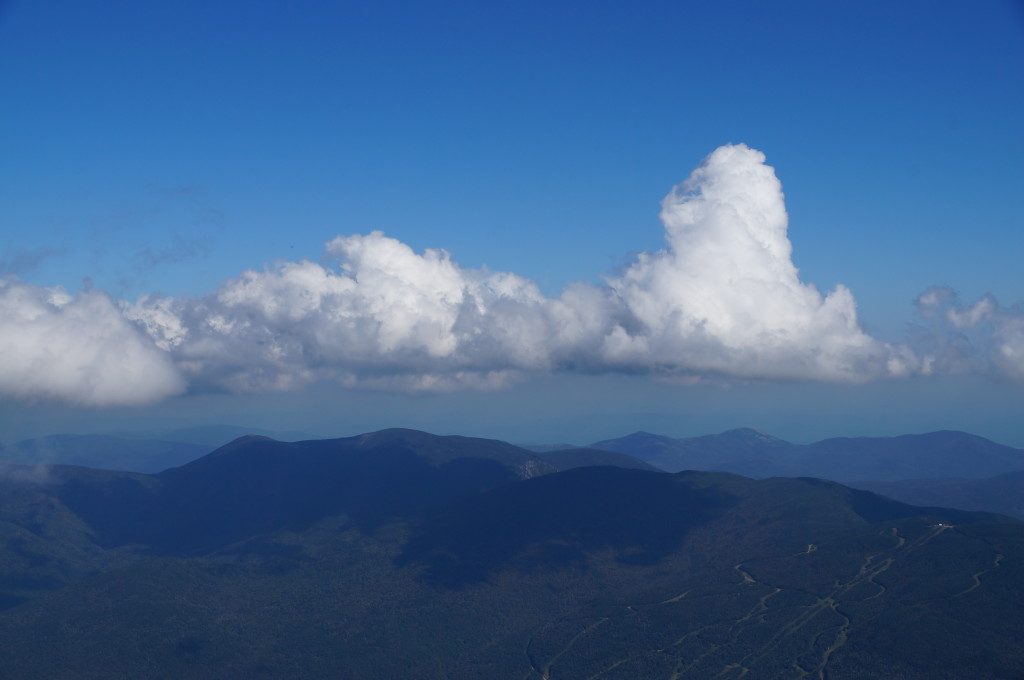 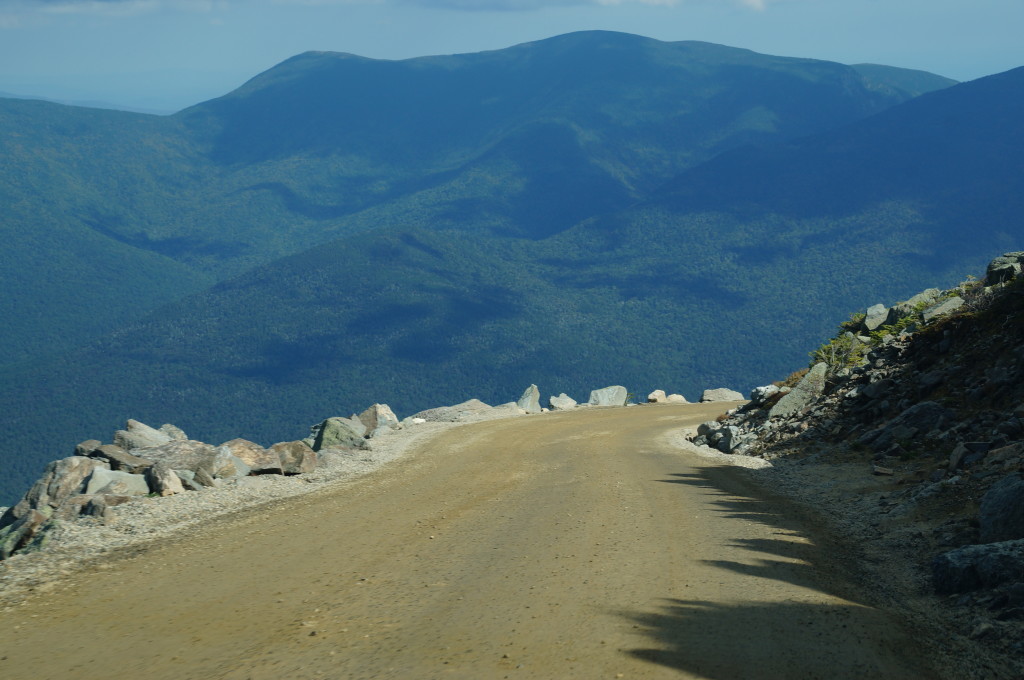 The following month my aunt and uncle from New York came to visit, and we visited the World War Two museum in Wolfeboro and took a drive to view some of the most brilliant foliage we’ve ever seen. With as warm as it was this fall we weren’t sure how the colors would be, but they were amazingly vibrant. 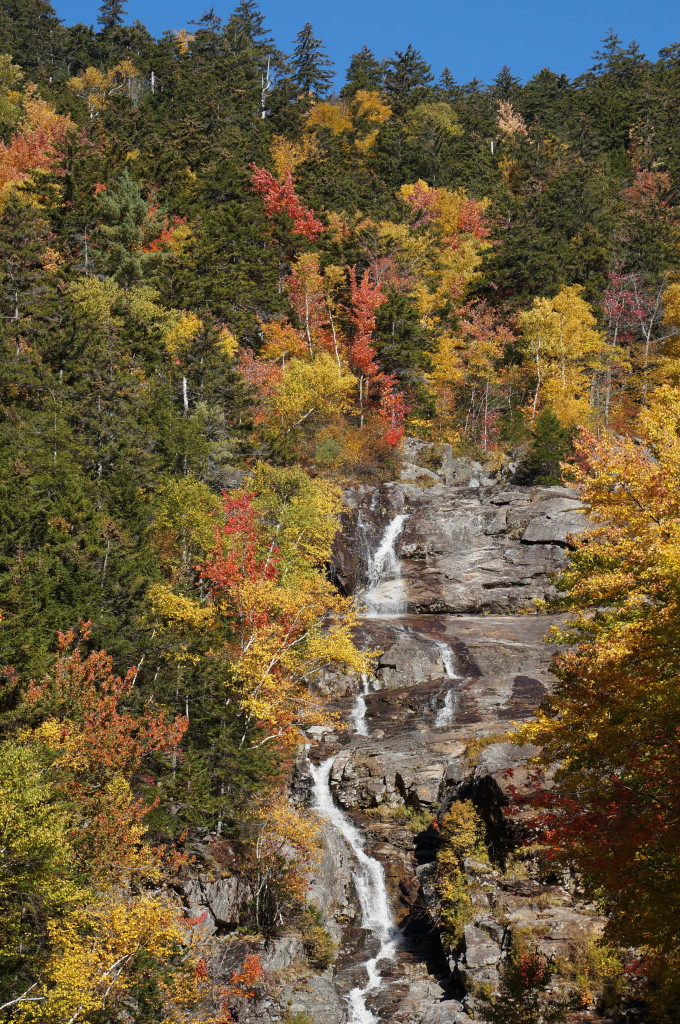 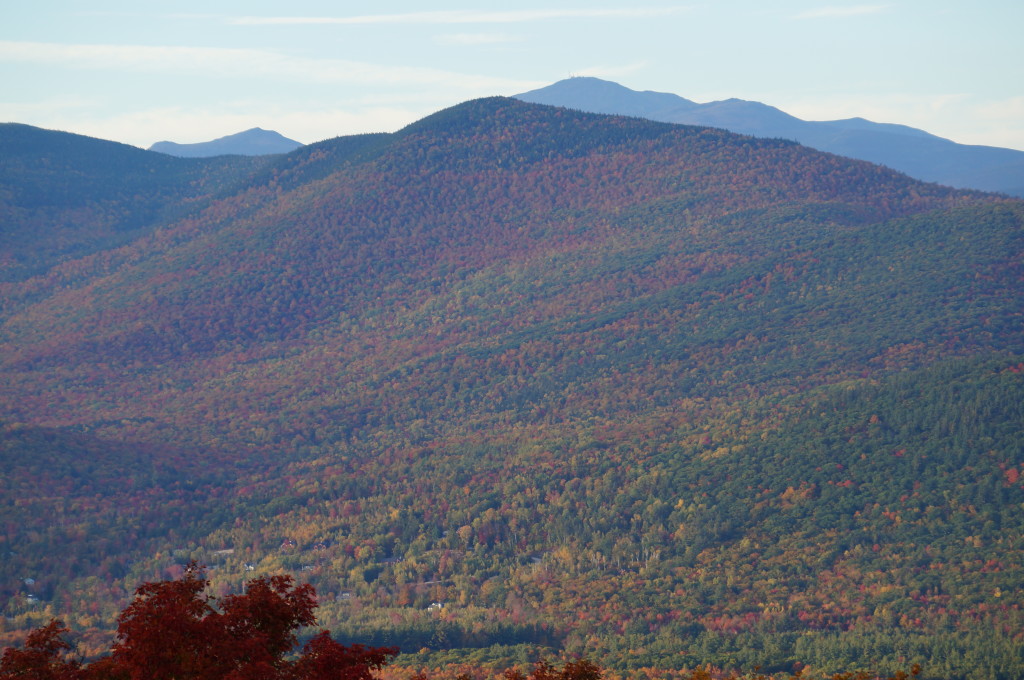 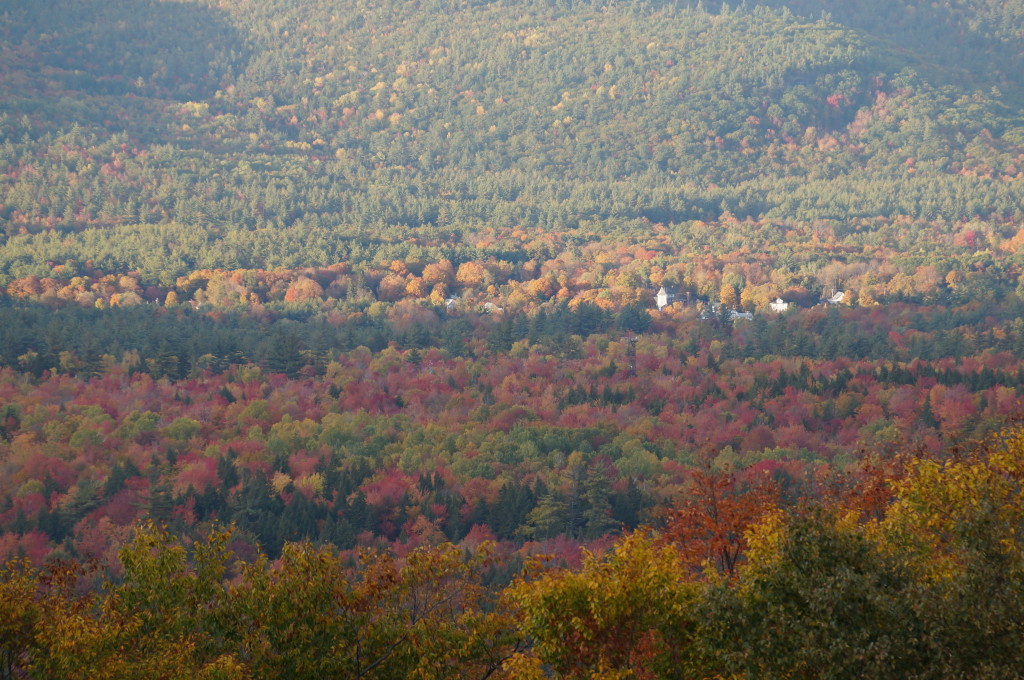 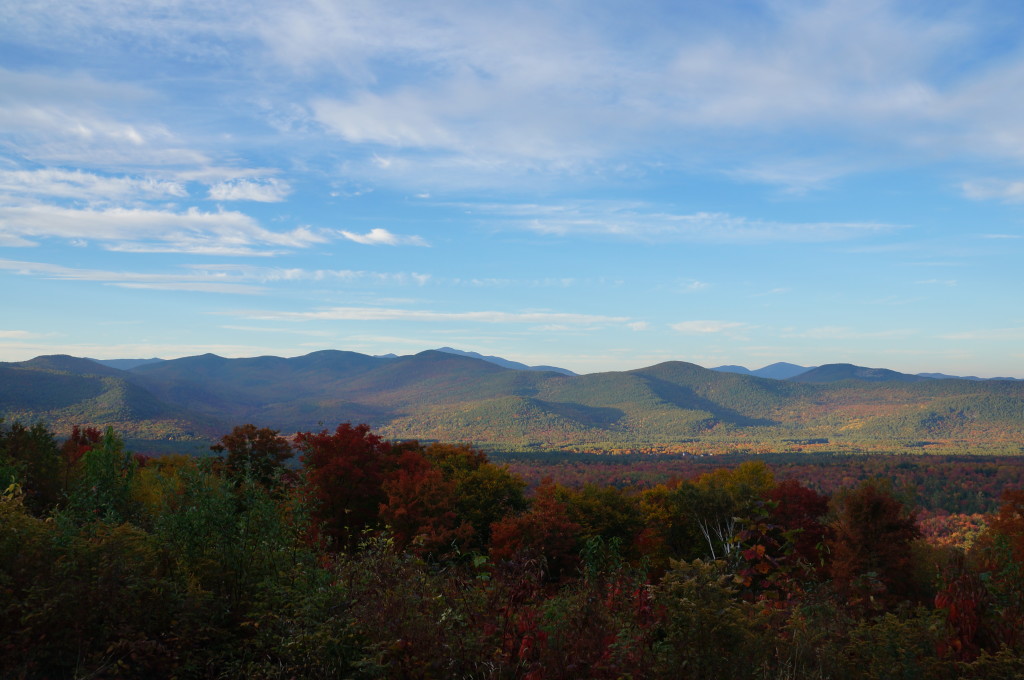 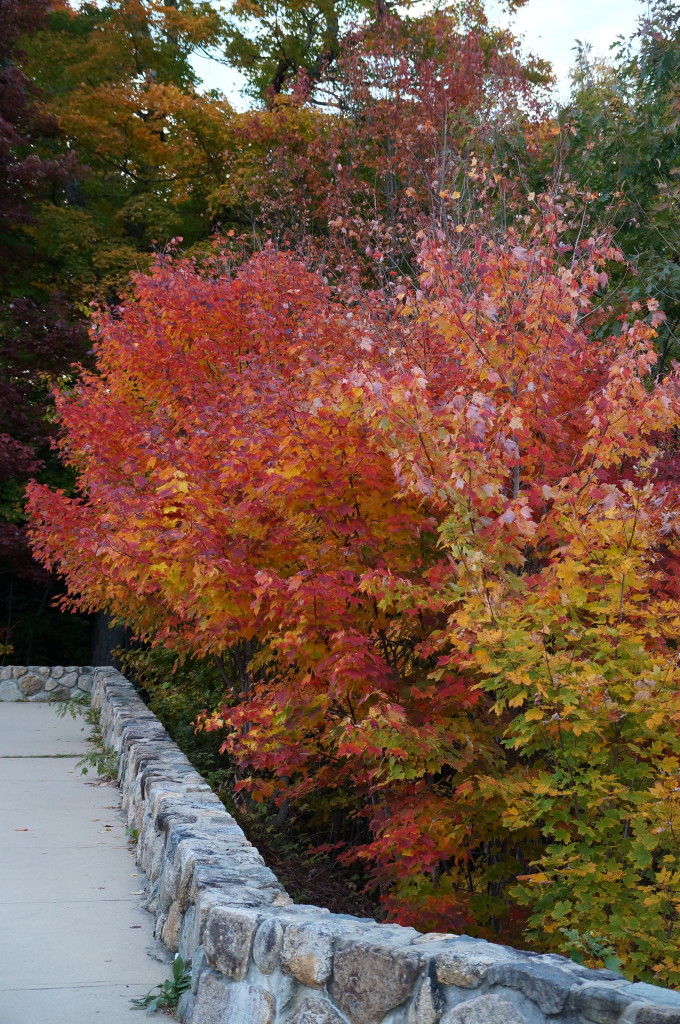 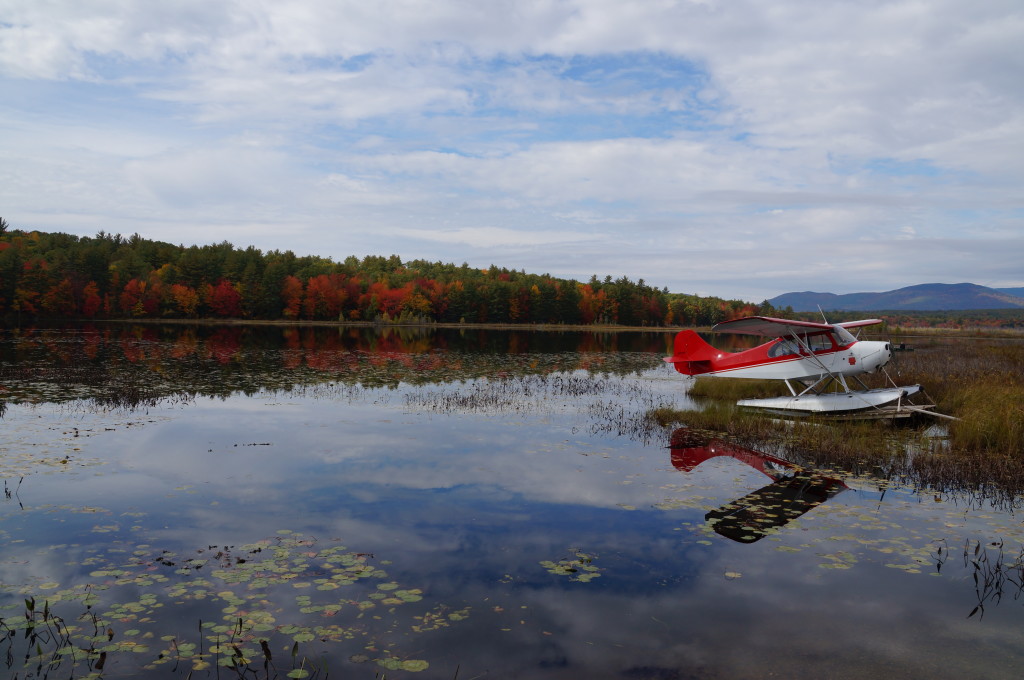 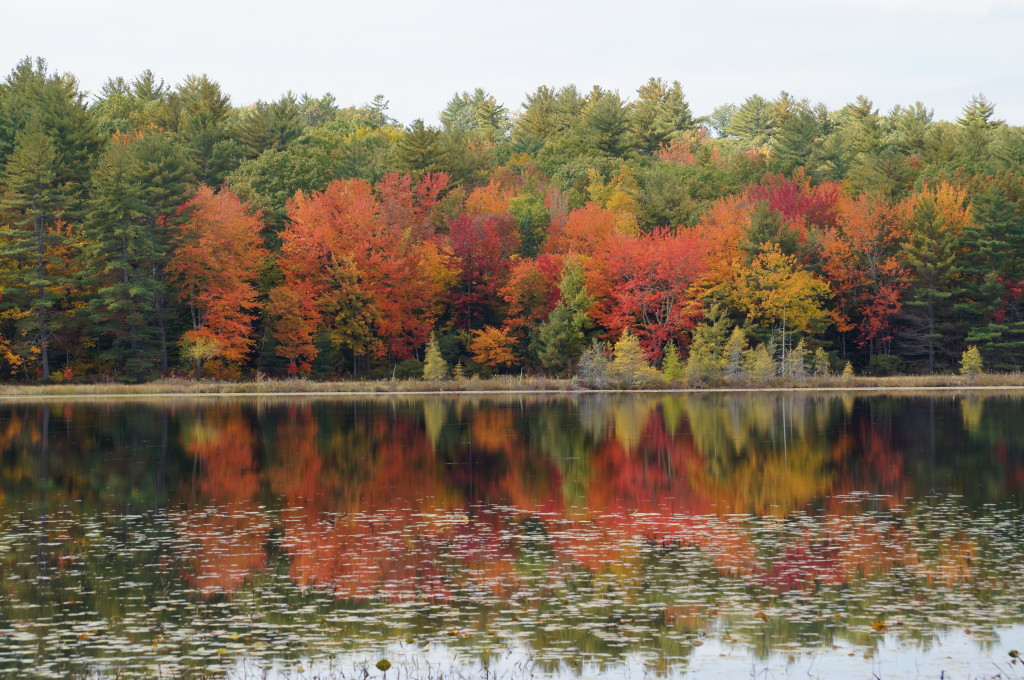 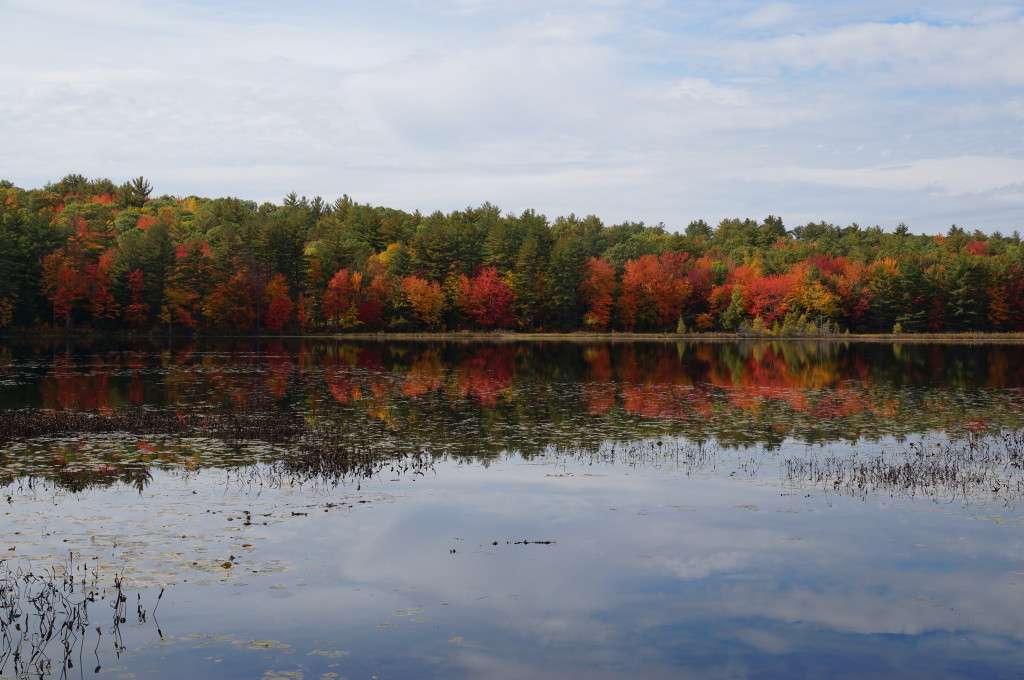 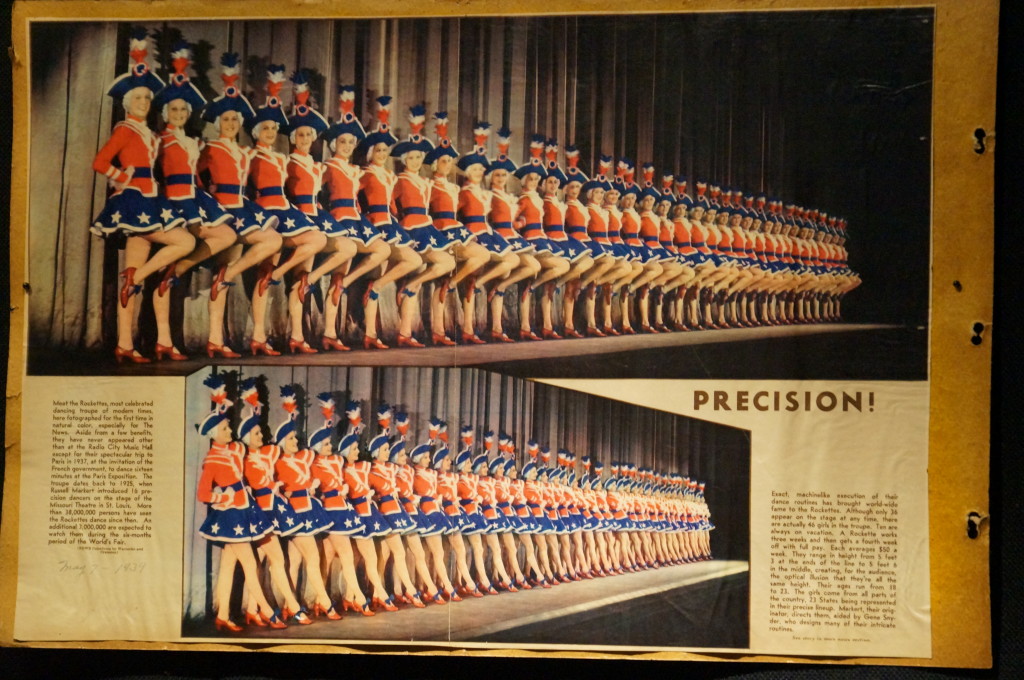 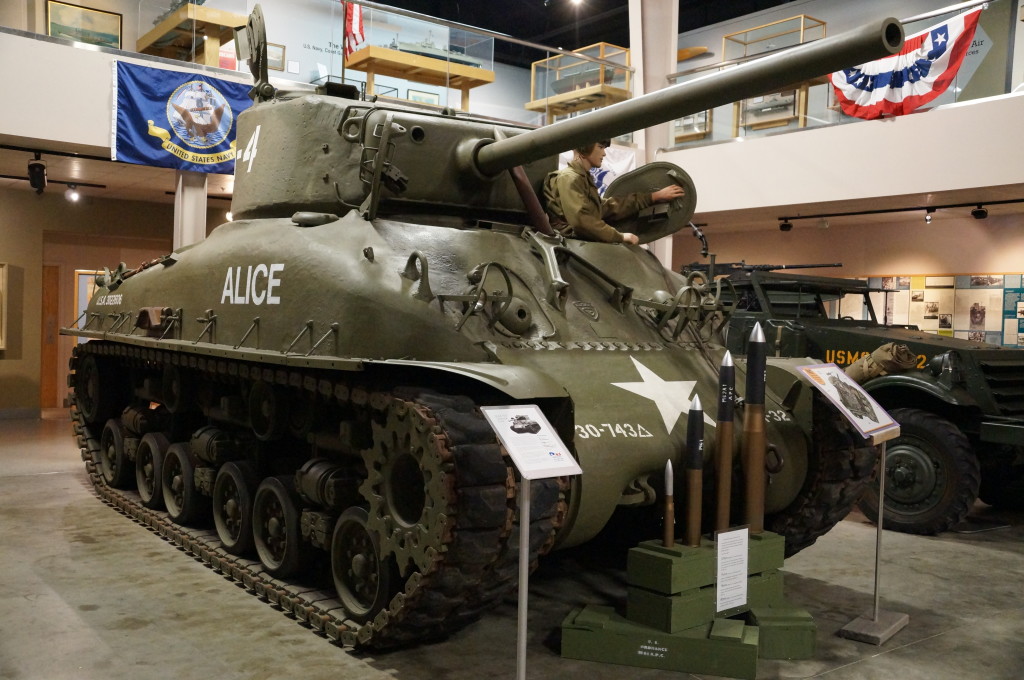 In December, quite outside of my original plans,  I purchased my second car! I had been planning to run my little blue car as long as I could, at least until I could save up for the majority of the cost of my next car; however, one day my coworker said that she was selling her mother’s car for her- a 2007 Toyota Corolla with only 13,047 miles on it.  The price she was asking was extremely reasonable, and the wheels in my head started turning. I began crunching numbers, doing research, and most importantly, praying hard for wisdom about the decision. Long story short, God gave me peace about purchasing it, and there is now a cute little seafoam green car sitting out in the driveway!
Even better, my blue car has already sold. I had prayed, and I know my Mom had too, that it would sell quickly; winter in New Hampshire isn’t exactly the best time to have a car sitting out for sale. Before I had even gotten around to putting the “for sale” signs on it, a lady stopped by asking if it was for sale, as her daughter was looking for a car. We gave her some information and she left, saying her husband might stop by and look at it.
On the first of January, on somewhat of a whim, yet with intention of making my request in belief that God would (not could, but would too often I know in my head that God is capable of doing something, yet in my heart I don’t truly believe that He will) do it if He was pleased to do so, and with the intention of giving Him praise and glory if He chose to grant my request, I asked God to let my old car sell within one week. The next day, the lady’s husband stopped by, and the following day they came over and the young lady test drove it and that night they phoned and said she would take the car. By the following evening, the spot in the driveway that my little blue car had occupied was empty. God is able to do exceedingly abundantly above all that we ask or think!
I hope and pray that this testimony to God’s work of giving me grace to believe Him and act on prayer and faith is only a taste of what is to come in this new year. I hold more hope in my heart for a good year than I have dared to dream of in recent times, because the Lord has encouraged my faith. Almost two years ago, I clearly remember sitting on my bed, realizing that I had no real belief that God was actively working on my family’s behalf for our good. Life had never looked darker for as long as it did at that period of time. But slowly, gradually, as I called out to God, kept studying His Word, fought Him and fought my fear of obeying Him and my fear of not obeying Him and fought to gain greater trust in Him (yes, lots of fighting went on!), He gently showed me that He is faithful and trustworthy, and that faith is a prerequisite for seeing God act.I am becoming convinced that what God wants from us, maybe more than anything else, is our faith. He values our faith greatly and will allow us to go through almost anything to strengthen it. He wants to be trusted. And it is those who lack trust in Him, who will not believe Him to act on their behalf, who do not see Him act. Jesus Himself did not perform many miracles in one of the towns He traveled through because of the unbelief of those who lived there.
Living by faith invites much testing, to be sure, but yet it is so much easier on your mind and soul and body to live by faith, to have the tranquility and peace of mind brought by believing God is good and has good things in store. Life is going to come with challenges and hard times no matter what, but if we yield to the work of endurance, and allow it to do its complete work, we will be mature and complete, lacking nothing (James 1:3-4), and we will see God do amazing things.
And that is the best part of the adventure that awaits.
The word that I have chosen for 2016 is finish. I hadn’t planned on choosing a word this year, but I had asked the Lord to give me a simple, yet profound maxim, you could call it, for the year. Something that would help me stay motivated and focused on the things that are important. A few days ago, the word “finish” came into my mind, and it seemed a good word for this year. My goal-setting went down the drain the past couple of years and I have many unfinished projects (for example, I only published 8 blog posts last year, and yet I have 19 rough drafts waiting to be edited!) and goals that it’s time to wrap up, so that I can be ready for whatever adventure life brings next.
Sometimes adventure doesn’t always come in the form of driving up a winding narrow mountain road and standing at the top of the tallest mountain in the northeast….sometimes it comes in the form of unplanned friendships and learning to trust God and be brave enough to obey His voice. 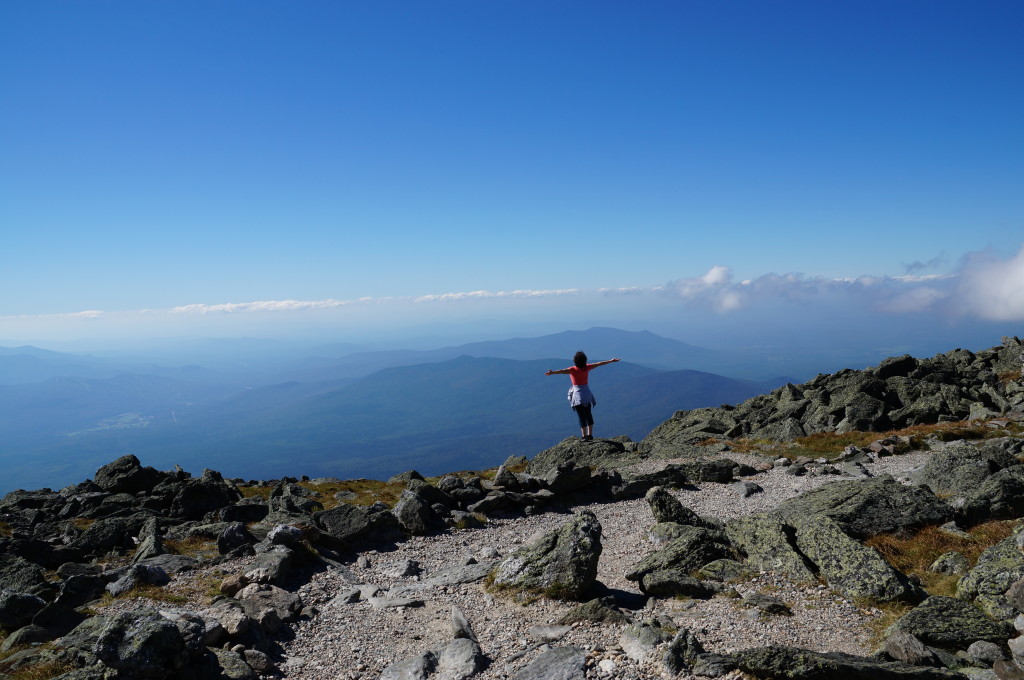