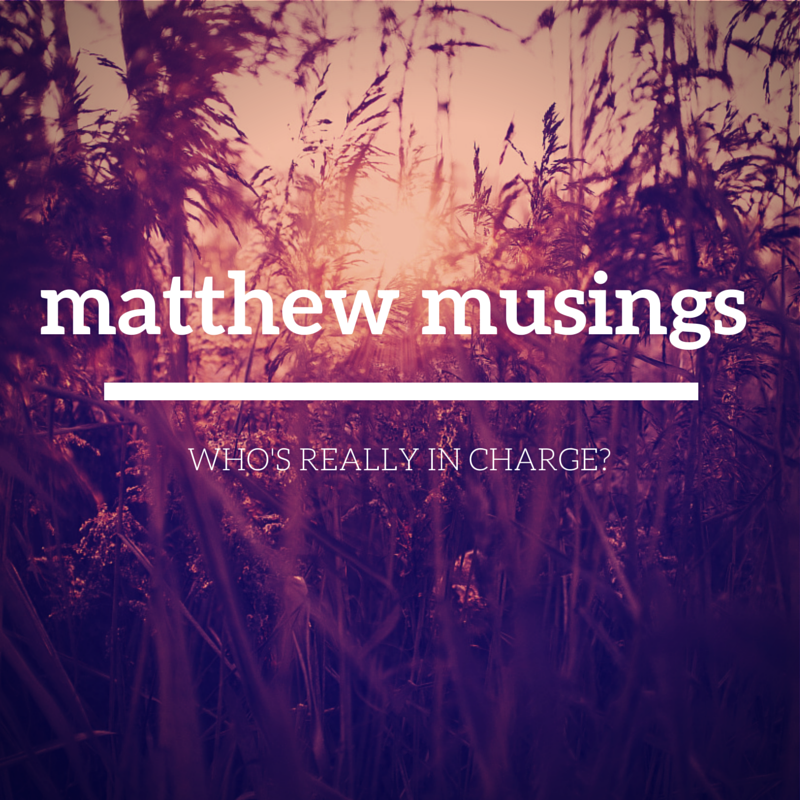 It was a question that presented a crossroads: either submit to the temptation to take the easy way out and skim over it, or make myself exert some brainpower, take a minute to think it over, and unlock a new insight into God’s Word. Thankfully, I chose the latter.

“What does Jesus’ healing ministry have to do with forgiveness of sins?” Thus read the question in my Bible study book.
Matthew chapters 8-9 reads like a rolodex of Jesus’ interactions with people and their responses to Him. However, there’s only one account of Jesus talking about forgiveness of sins in relation to healing. When the paralytic was brought to Him, Jesus told him that his sins had been forgiven. The Pharisees, of course, objected to this, saying that He was blaspheming by telling the man that He had forgiven his sins – something only God could do.
I thought over the recurring themes in these chapters: forgiveness of sins, healing, driving out demons, faith, authority… Jesus forgave sins, and He healed people, but how were the two related? This phrase stood out to me: “So that you will know that the Son of Man has authority on earth to forgive sins…”

When God created Adam and Eve, He gave them a free will but also gave clear instructions about what would happen if they sinned by exercising their free will to disobey His commands. Adam and Eve (and consequently every generation after them) chose to sin, and as a result, death and disease entered the world just as God had forewarned. However, just because God permits the existence of sin does not mean that it is stronger than He is. Through healing people of sickness and demon possession Jesus showed that He has authority over the consequences of our downfall as well as the forces that caused it. Sin is our problem, and Jesus came to free us from that problem. By healing people He gave tangible proof that He had the authority and ability to do just that.

Jesus’ ministry of healing and casting out demons was also a picture of the spiritual healing that He provides. The way that people received physical healing is the same way they obtained spiritual healing- through faith. Over and over again, Jesus said, “Your faith has made you well.” “Let it be done for you according to your faith.” He asked those who approached Him for healing, “Do you believe that I can do this?”
He told the Pharisees, “The healthy don’t need a doctor, but the sick do. I did not come to call the righteous, but sinners.”

The answer to the question is right there. Jesus came to heal us of our sin, and He illustrated that by healing people of the sickness caused by sin.
He also passed on His power to His disciples, giving them authority to heal and cast out demons and commissioning them to tell others about His ability to free people from the bondage of sin.

As hard as it is sometimes, if we would only truly grasp the reality of Christ’s authority over this world and that which He has given to His followers as ambassadors of His kingdom, we wouldn’t shrink back when an opportunity to declare the truth about Him arises. This is God’s world, and the people in it are only here by His grace. Christ’s ambassadors have authority, permission, and even more, commands from Him to do His work in His kingdom. We are not acting improperly or inappropriately when we speak for Jesus. Even demons recognize God’s reign and position of authority in the world. The fact that other human beings are blind to this shouldn’t sway our resolve to be bold and to act with the authority that we have from Christ, so that others too may experience His healing power in their lives.