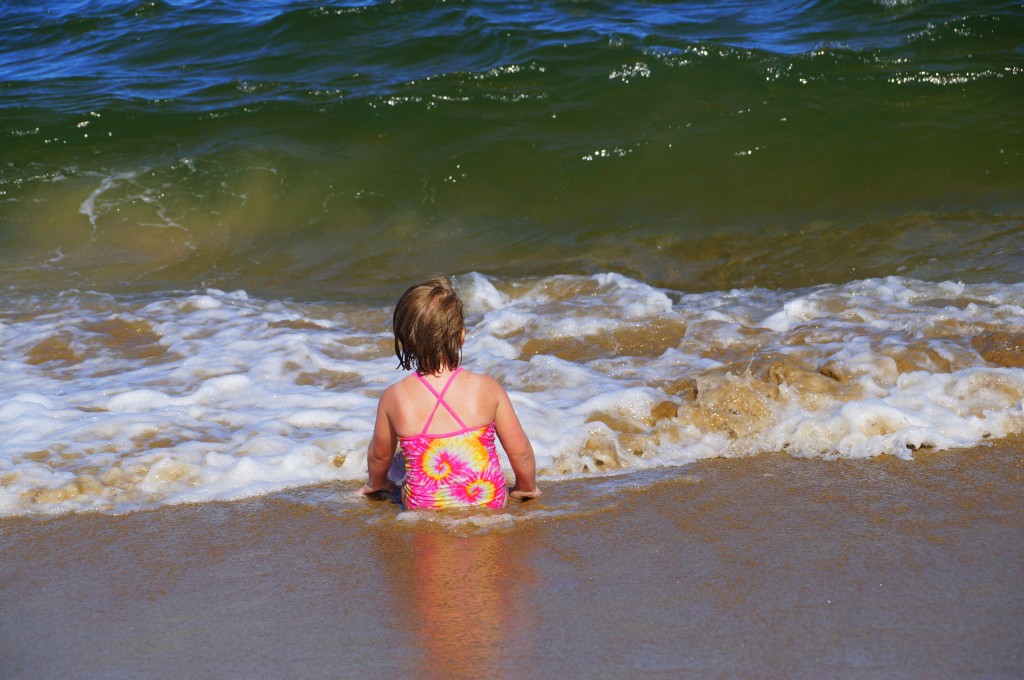 “But in reality they’re simply blind to the greater, infinite Force that is ceaselessly working for His glory and the ultimate good of mankind. God always has and will accomplish His plans.”

Yesterday I went to the the beach with my mom, sister-in-law, and nieces and nephews. It was a bit cool and breezy, but I talked myself in to going into the water since this was the first chance I’d had to go swimming this summer.

“Come on! We need to stop the waves!” My six-year-old niece urged me to help with this important mission. She waded out and began pushing back at the waves and smacking them down with her hands.

“Take that! Ha!” She shouted. After a flurry of splashes, she said, “It’s working! The waves are getting smaller!” The only difference I could see in the undulating waves was the area just around her, churned smooth by her frenzied actions. But to her, it looked like she was making a difference. 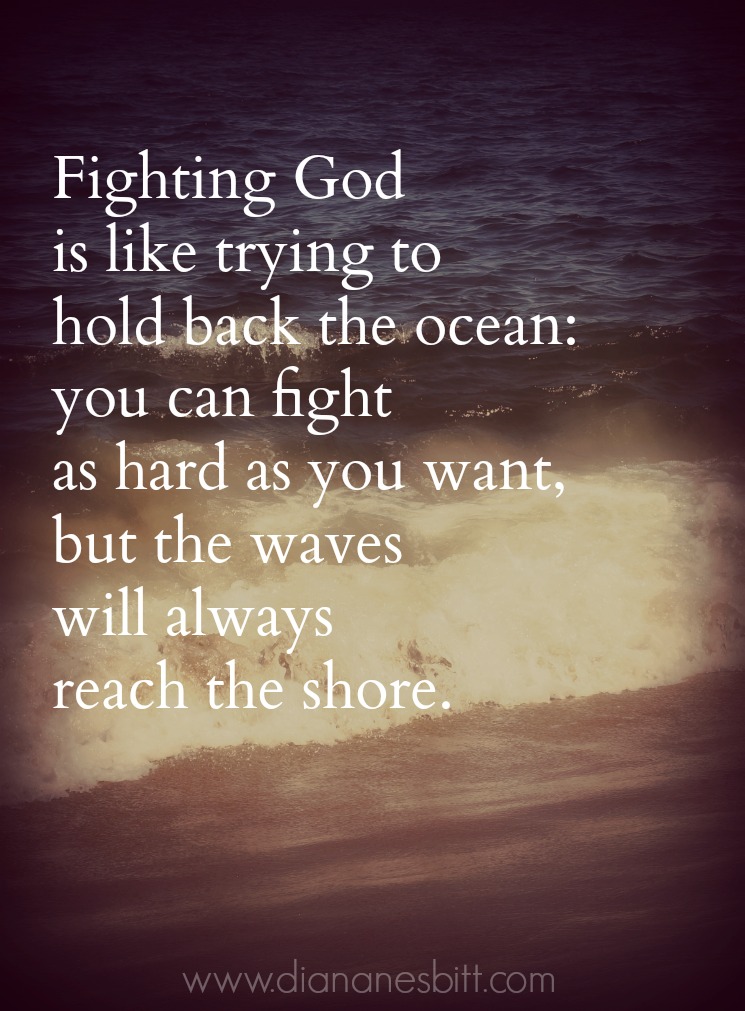 As I watched her childish optimism, I realized that her play at the beach was symbolic of the hopeless struggle of those who try to fight God, past and present. They will yell at and about God, kill His followers, deny Him, blaspheme Him, abuse His reputation, and try to wipe every reminder that He exists off the face of the planet.

But they’re just as effective as a six-year-old beating the waves.

They may look at the space around them, their small area of influence in an instant of time, and think they’re winning. But in reality they’re simply blind to the greater, infinite Force that is ceaselessly working for His glory and the ultimate good of mankind. God always has and will accomplish His plans. You can either work for Him or against Him, but be assured that it is much harder to fight against the waves than to move with them. And if you fight God, you will always lose.
Fighting God is like trying to hold back the ocean: you can fight as hard as you want, but the waves will always reach the shore. {tweet that}