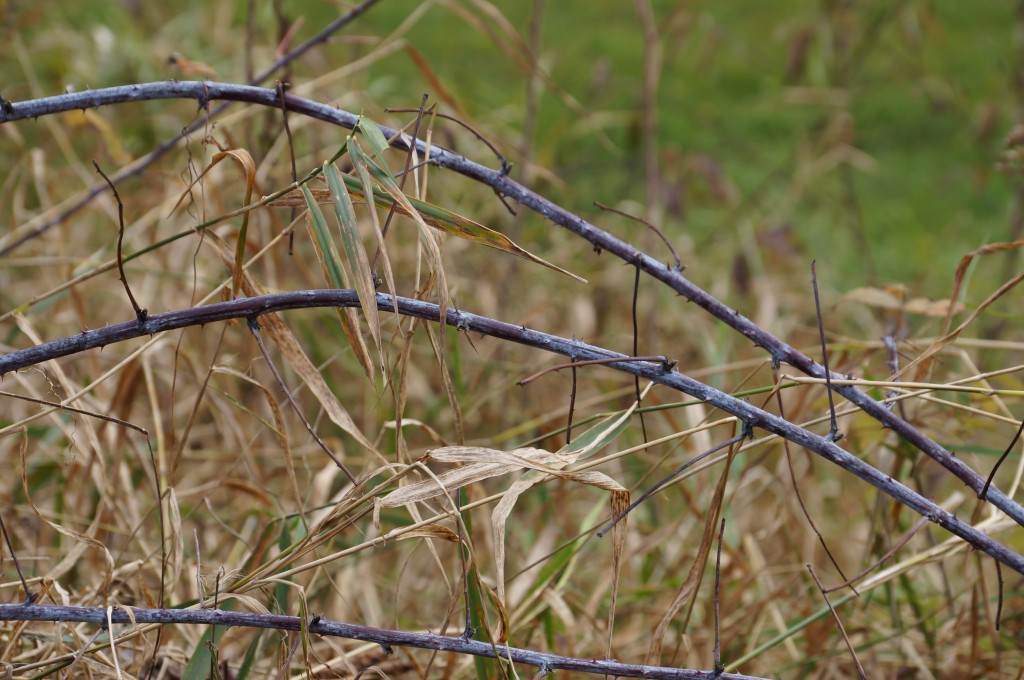 It was almost too much to bear. They were in the infamous Ravensbruck concentration camp, the worst of all concentration camps, being transferred to more permanent quarters. Corrie had already cried when they first arrived as she had cut Betsie’s long chestnut hair off because of lice, and now this.

The two Dutch sisters, Corrie and Betsie ten Boom, were shown where they were to sleep in the women’s barracks, with its rows of tightly packed, straw-covered sleeping platforms stacked in bunks of three high. They hauled themselves up to the middle tier of the platforms and crawled across other pallets to find their own sleeping space in the center. Unable to sit up because of the closeness of the upper tier, they lay back on the reeking straw. A moment later Corrie jumped as something pinched her leg.

“Fleas! Betsie, the place is swarming with them!” Corrie cried. They scrambled off the pallets and made their way to a patch of light. Sure enough, they found more fleas.

Corrie was in despair. “Betsie, how can we live in such a place?”

“Show us how. Show us how.” After a second Corrie realized her sister was praying. A moment later Betsie’s face lit up. “Corrie, He’s already given us the answer! We read it this morning in our devotions!”

Corrie pulled out their precious New Testament and found the passage they had read that morning: “In everything give thanks, for this is God’s will in Christ Jesus concerning you.”

“That’s it, Corrie, that’s His answer!” Betsie exclaimed. “‘Give thanks in all circumstances!’ We can begin giving thanks for every single thing about this new barracks!”

Corrie looked around her at the dark, foul-aired room. “Such as?” she said.

“Such as being assigned here together.”

“Such as what you’re holding in your hands.”

“Oh yes, thank You for Your precious Word and for the women who will meet You in Its pages.”

Betsie continued her list of thanksgiving. “Thank You for the overcrowding so that more women will hear about You, and for the fleas and for-”

“The fleas! Oh, Betsie, now that is just too much!” Corrie cut in, protesting.

“‘Give thanks in all circumstances,’ Betsie quoted. “It doesn’t say, ‘In pleasant circumstances.’ Fleas are part of this place where God has put us.”

And so, as they stood in a patch of light in flea-infested Barracks 28 in Nazi Germany, the two sisters bowed their heads and gave thanks for fleas.

But this time Corrie was sure Betsie was wrong.

During the dark time since the day the Gestapo had raided their quiet Dutch home above their father’s watch shop and sent their family to the Nazi concentration camps for hiding Jews in their home, their small Bible had been the sisters’ lifeline, their only source of hope and light in a world characterized by hatred. Here, in the ever-deepening darkness of Ravensbruck, it was no different. The living pages of the Book held increasing wonder for Corrie and Betsie as the overwhelming bleakness of their circumstances drove them closer to their Savior.

Each night in the back of the barracks, under a single light bulb hanging from the ceiling, Corrie or Betsie would read from their Dutch New Testament to the crowd of women prisoners gathered for their “worship service”. The other women would translate aloud in German, and still others translate the words into French, Polish, Russian, Czech, and back into Dutch, sustenance for starving souls passed from one prisoner to another.

At first, Betsie and Corrie were worried that the guards would hear and disapprove of the meetings, but as night after night they held them and no guard came near, they became bolder. They didn’t understand it, but they took advantage of it nonetheless.

Then one day it all came clear. Corrie met Betsie at dinner time, and they went through the line together to receive their food. Betsie’s eyes were twinkling, and Corrie wondered why.

“I found out why we’ve had so much freedom in our barracks,” Betsie told her, unable to keep the note of triumph from her voice.
“Today there was some confusion in our knitting group about sock sizes and we asked the supervisor to come and settle it, but neither the supervisor nor the guards would step foot into the room. And do you know why? Because of the fleas! That’s what the guard said, ‘That place is crawling with fleas!'”

It turned out that the fleas were indeed something to be thankful for: God had used them to give Corrie and Betsie the opportunity to freely share His Gospel with hundreds of women! 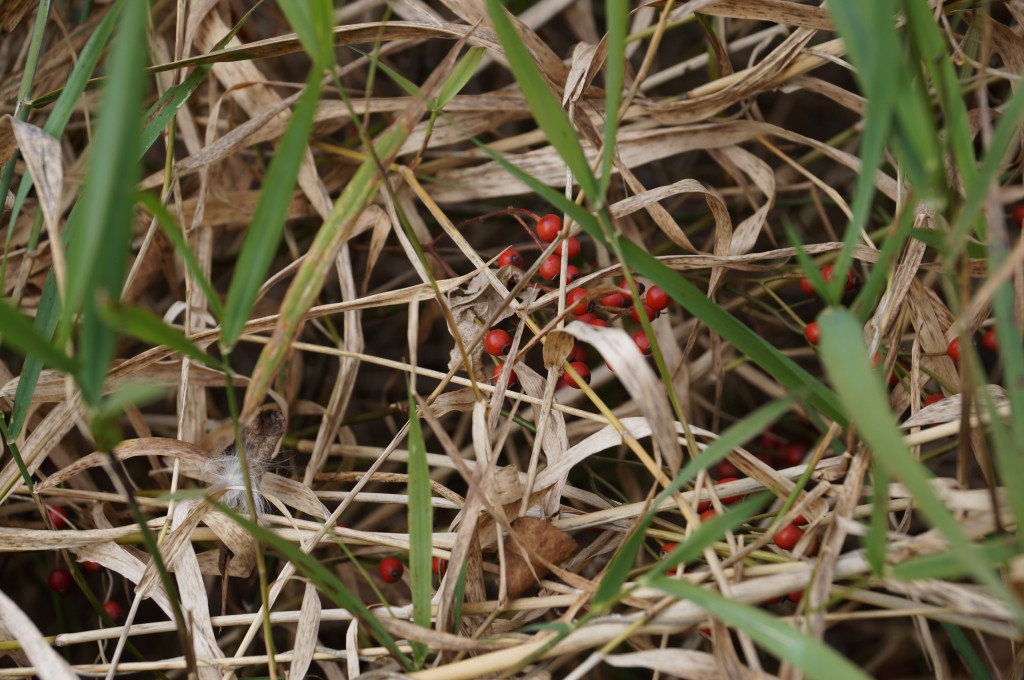 After the war, after Corrie had been released from the concentration camp and began sharing what Jesus had taught her through her experiences in the concentration camps, she would recite this poem while holding a piece of needlework with the underside, which looked like a tangled mess of knots, facing the audience:

“My life is but a weaving
Between my God and me.
I cannot choose the colors
He weaveth steadily.

Oft’ times He weaveth sorrow;
And I in foolish pride
Forget He sees the upper
And I the underside.

Not ’til the loom is silent
And the shuttles cease to fly
Will God unroll the canvas
And reveal the reason why.

He knows, He loves, He cares;
Nothing this truth can dim.
He gives the very best to those
Who leave the choice to Him.”

At the end of the poem she would flip the piece of cloth over to reveal a beautiful tapestry of gold and royal blue, showing her audience, as God had shown her, that what looks like a tangled mess of awfulness to us is a masterpiece of ordered beauty from God’s perspective.

This story is one of my favorites because it is a perfect example of why it is good, appropriate, and yes, even wise, though it may not seem like it at the time, to give thanks to God for all things in all circumstances. Like Corrie’s poem said, God is the Master Weaver, or if you prefer another analogy, the Master Storyteller. We are the characters in the story. We don’t know the end of the story, but He does.  Psalm 139 says that God had our story all written for us before it even began:

“Your eyes saw me when I was formless;
all my days were written in Your book and planned
before a single one of them began.”

When challenges come and there seems to be no reason for them, it is still God’s will that we give Him thanks for them. We may not always find out the reason for the difficulty here on earth like Corrie and Betsie did, but one day in Heaven we will see the right side of the tapestry and we will find out that the challenges that seemed so senseless to us had an appropriate and beautiful place in the tapestry of our lives. We just need to know Him well enough that we will trust Him no matter what.

Note: The story in this post was adapted and some sections quoted from The Hiding Place, by Corrie ten Boom and John & Elizabeth Sherrill. It is one of my favorite books, and I can’t recommend it highly enough! 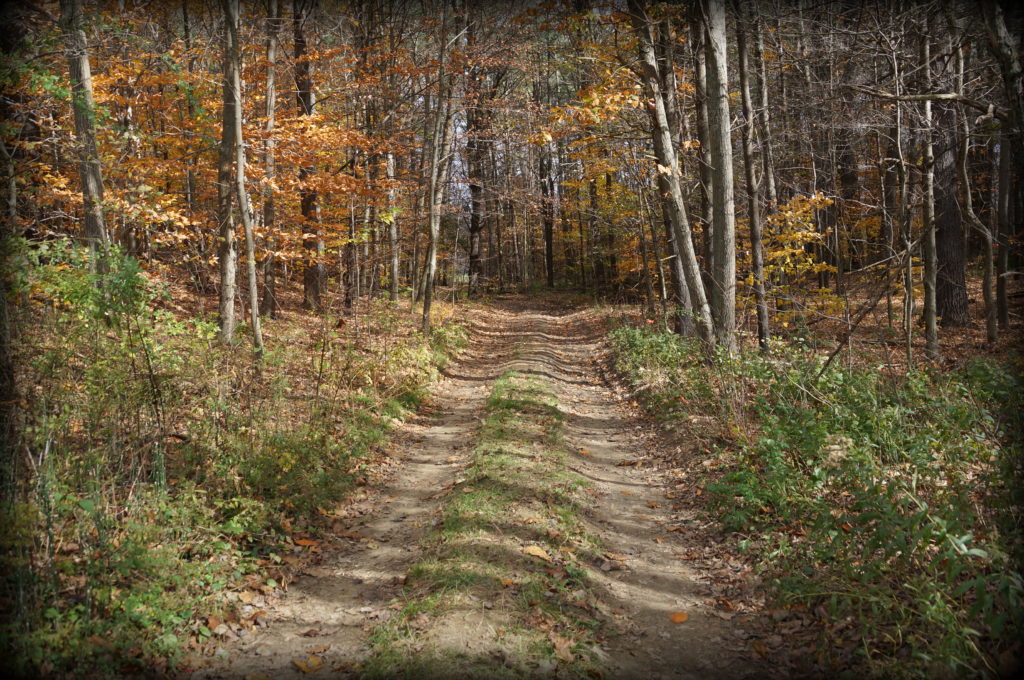 Question: What helps you trust God even when you don’t understand what He’s doing? Have you ever had an experience where you realized that the hard thing in your life was really a blessing? Share it with us in the comments!