Nothing reminds you of how fragile you are like getting sick. For the past nine days (but who’s counting?) I’ve had one of the worst colds I have ever had the displeasure of experiencing. Instead of going about my days purposefully trying to get things done on my to-do list, I’ve spent more time than I care to admit wandering about like a homeless phantom with a blank look in my eyes, breathing through my mouth as my foggy brain tries to figure out what I’m supposed to be doing with myself. 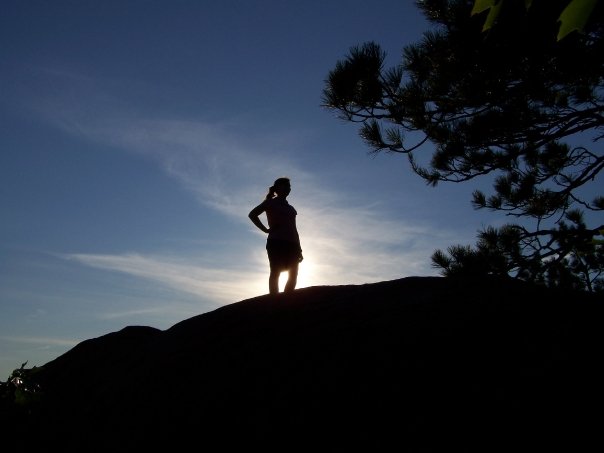 One evening as I was rejoicing over the fact that I could breathe through both nostrils, momentarily at least (this hadn’t occurred in at least twenty-four hours, mind you), it struck me how illness can drastically decrease the scope of your priorities. Here I was celebrating a temporary breakthrough (pardon the pun, I’m still not quite well) in something that I ordinarily do all the time without even thinking about: breathing.

And then I though of those who have to breathe with the help of oxygen tubes and wondered how they cope with the discomfort of having them up their nose all the time, or how anyone bears living with prolonged or permanent discomfort, pain, or disability.

Suddenly, I realized something.

The world is full of unsung heroes.

We honor (and rightly so) those who defend our country, save people from burning buildings, uphold justice, feed and educate the impoverished, and do many other benevolent things. This is appropriate; those who sacrifice their time and energy for the better of others are worthy of our appreciation.

But there’s a whole other group of heroes that we don’t usually recognize as such. They might wear a hospital gown instead of a cape, a smile for a mask to hide their pain, and sometimes it takes a superhuman effort for them to just get through the day. Like all true heroes, they suffer. They have faced their kryptonite – they’re living with it, in fact- but instead of weakening them, it is making them stronger.

They are those who are going through daily struggles of prolonged illnesses like cancer, Parkinson’s disease, Candida, chronic illness or pain, poor mental health, or any other of the myriad of physical afflictions that exist.

To you, my new heroes, I would like to say:

When you smile even though it would be easier to cry,

when you get out of bed to face another day even though it would be simpler to hide under the covers,

when you keep putting one foot in front of the other even though you might be learning how to walk all over again,

when you meet someone else’s needs even though your own are so overwhelming,

when you use some of your precious energy to serve someone else,

when you count your blessings even though you could effortlessly count your complaints,

you are my heroes, because you remind me of The World’s Greatest Unsung Hero:

From the things we know about Him in Scripture, we don’t use words like “weak” or “sickly” to describe Jesus. And yet in what is perhaps the only Bible passage that gives us any clues as to His physical being, He is described by Isaiah as “A Man of suffering who knew what sickness was.”

He was the Master Designer of the human body. He made the lame walk with a word. He made the blind see with some mud. He raised the dead with a shout. He healed a twelve-year bleeding problem with a brush of the hem of His robe.

And yet He allowed Himself to suffer. “He bore our sicknesses and carried our pains.” (Isaiah 53:4a)

Why would He do such a thing? He created His own body; why not make it disease-resistant? Why make Himself susceptible to our human weaknesses? How was a physically weak Savior better for us than a physically strong one?

It puzzled me for a while, but then the revelation came.

Jesus Christ took on a human body with all its weaknesses to show us where real strength lies: in the Father. {tweet this}

With His frail, human body, Jesus showed us that the strength to do things that matter for eternity doesn’t come from within ourselves. It comes from God. That’s what Jesus was constantly doing – pointing people to the Father and showing them how much they need Him. He shared our sicknesses so that when we look at Him we can have hope that in spite of our human frailty God can do great things through us, too. He shared our pains so that, like Paul, we too can take pride in our weaknesses and infirmities, because when we are at our weakest, He is at His strongest.{tweet this}

Human frailty is not a limitation; it is an opportunity for Christ’s power to reside in us. {tweet this}