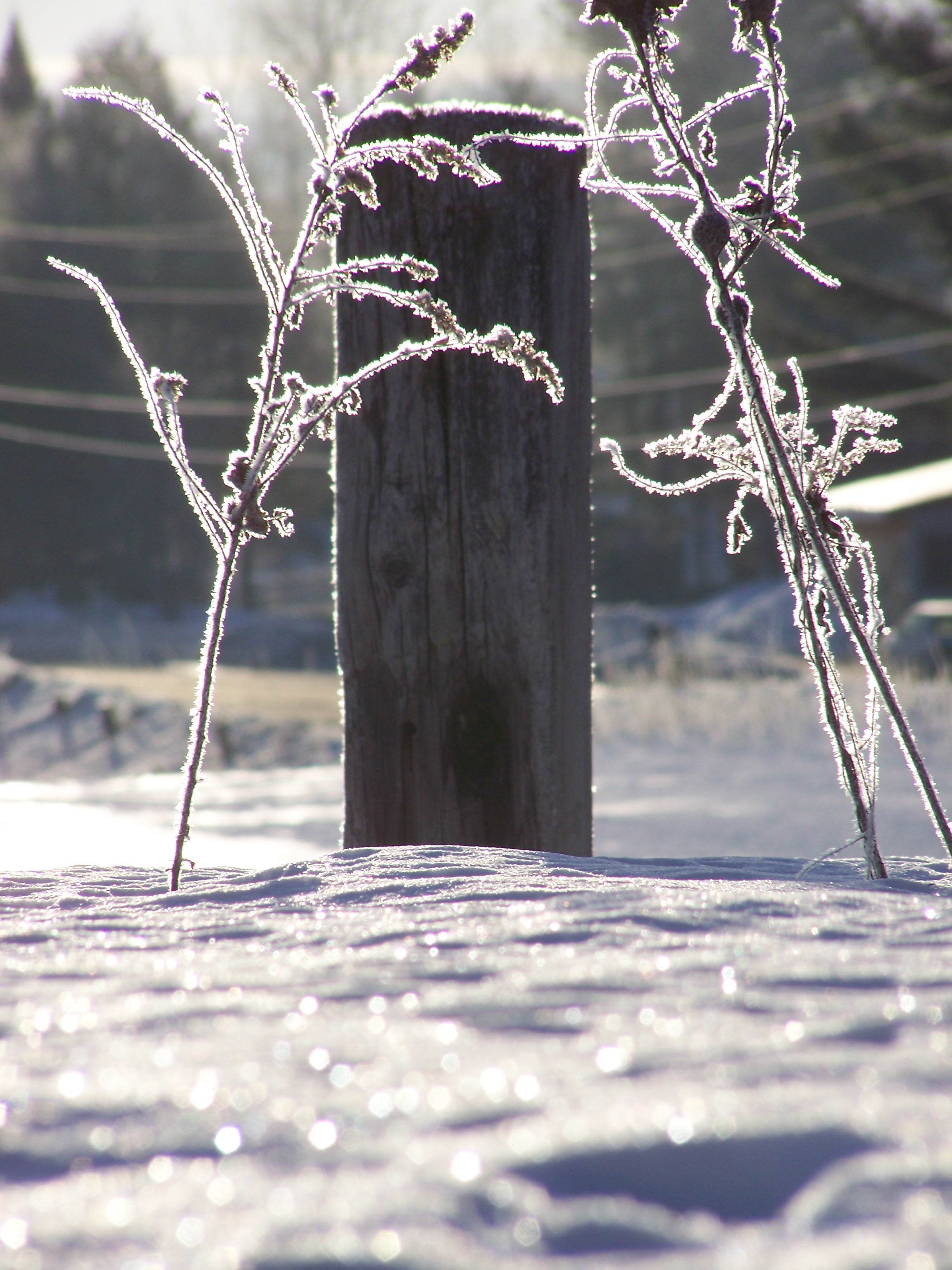 One morning, almost exactly four years ago, I woke up early and when I looked out of my window, I discovered a world covered with glittering shards of ice. The dazzling sight enticed me to go out of my warm house into the clear, cold morning, and I had a memorable experience capturing as many pictures of the frost-covered trees and plants as I could before I got too cold. Sadly, though I have searched among my files for these pictures for almost two hours now, I could only find a few of them. 🙁 At least they will serve to give you an idea of what inspired the following poem, which began forming in my mind as I snapped those pictures: 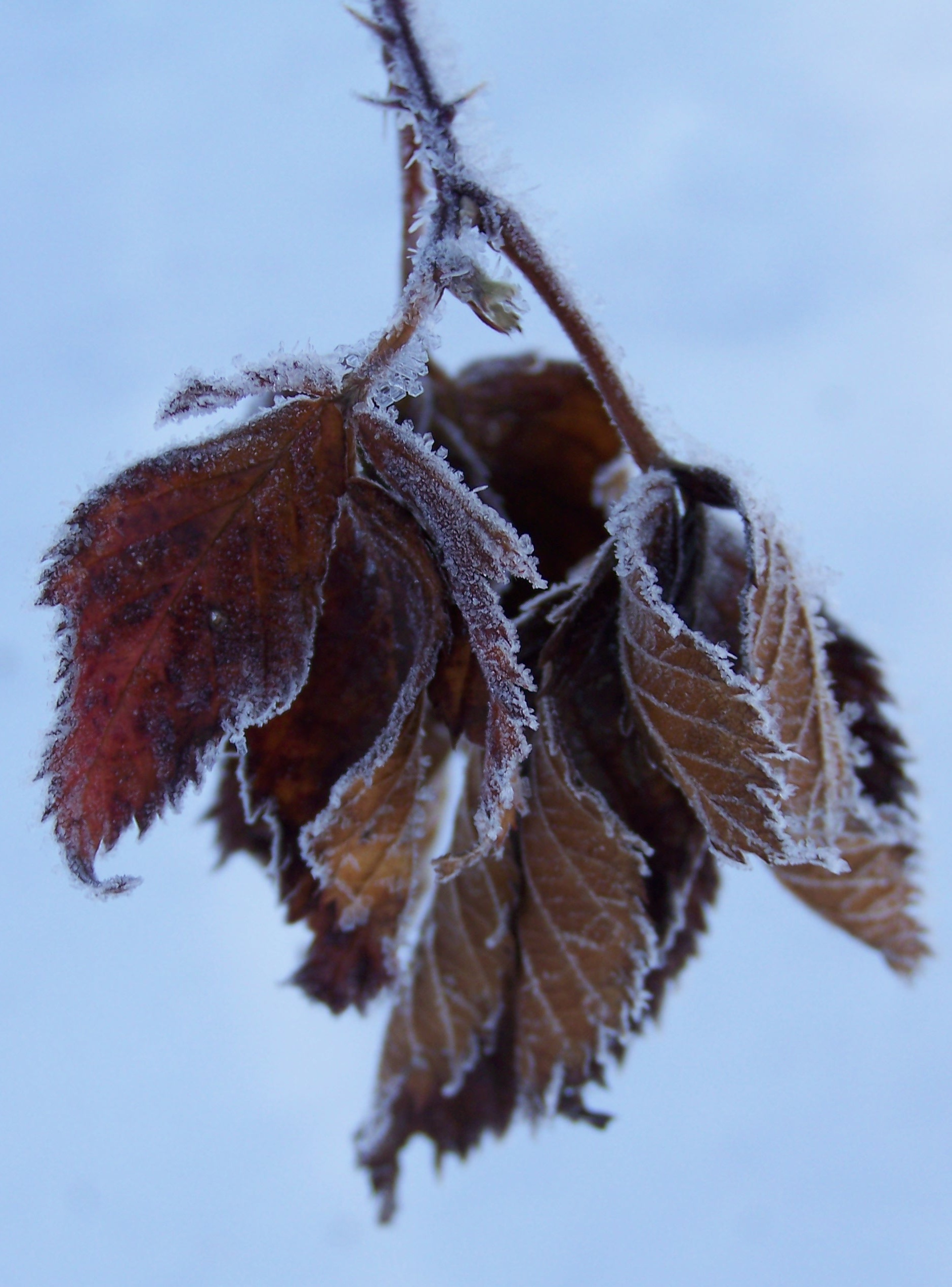 God’s hand the frost doth form
Icy and sharp in the dark morn.

He raises the sun, and arranges its rays
In just such a way to give Him praise.

They light on the frost, so feathered and thick
And make crowns and scepters of each leaf and stick.

Yet though now frozen, the tree branch still brings
The promise of growth, the whisper of spring.

Though encased now in ice, the snow ‘gainst it thrown,
When God wakes it with warmth, a bud will be grown.

God fashioned the ship of the world carefully,
And left us the proof on each leaf and tree.

His presence He still works to show to the lost
Through the work of His hand on the wintry frost. 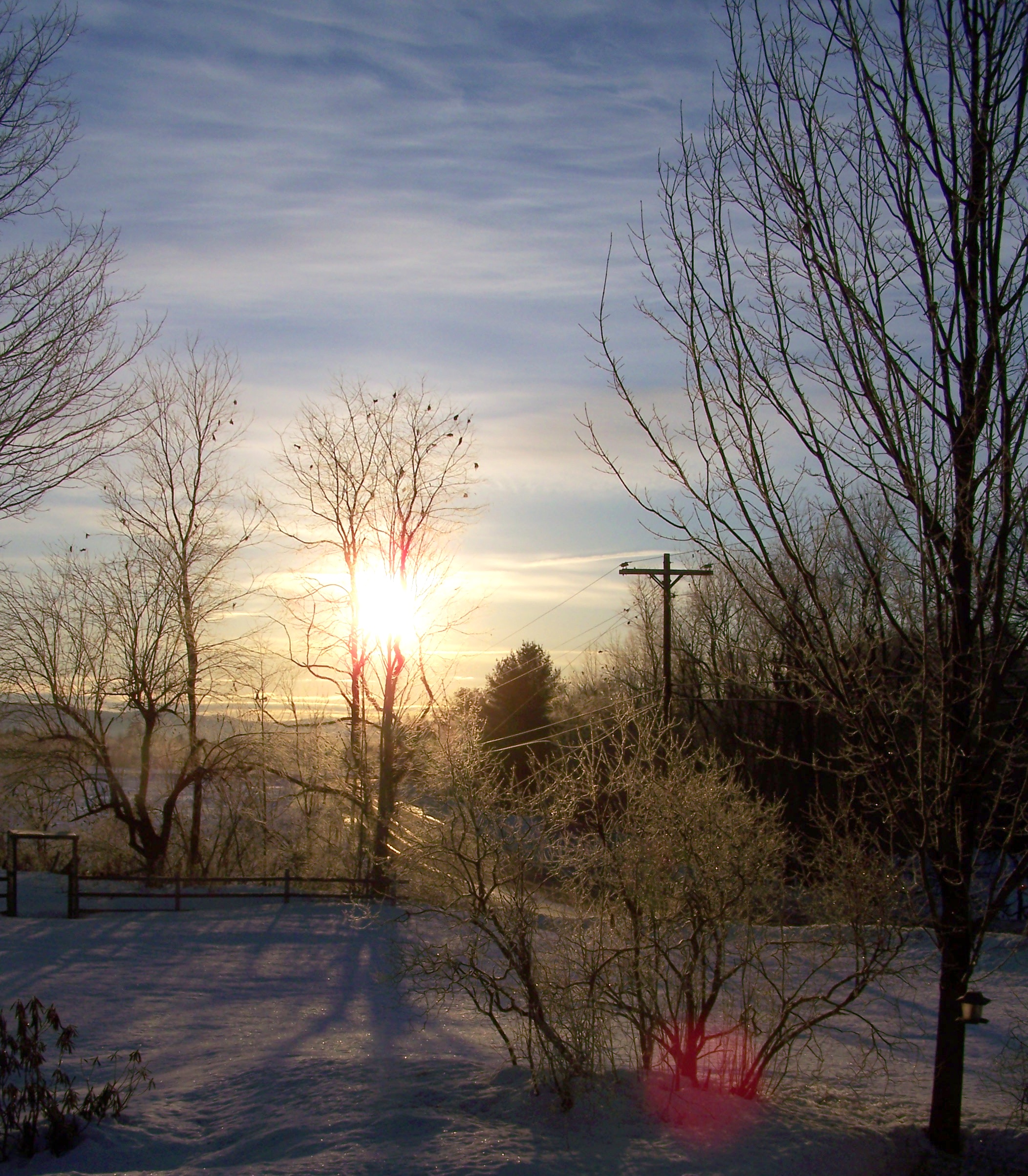 It’s by no means a perfect poem, but it expressed what I wanted it to and it rhymed and had some sense of meter, so I was pleased with it. 🙂 The last two stanzas beginning at the line “God fashioned the ship of the world carefully” was a sort of reply to a poem that I had read recently in school which began with that same line, but went on to say that God made the world and then got distracted and let it go, with no care or control for what happened to it afterwards, which I do not believe is the truth. Every time I look out the window the intricacies of nature remind me that there is a God who holds the world in His hand and cares deeply about all of His creation.