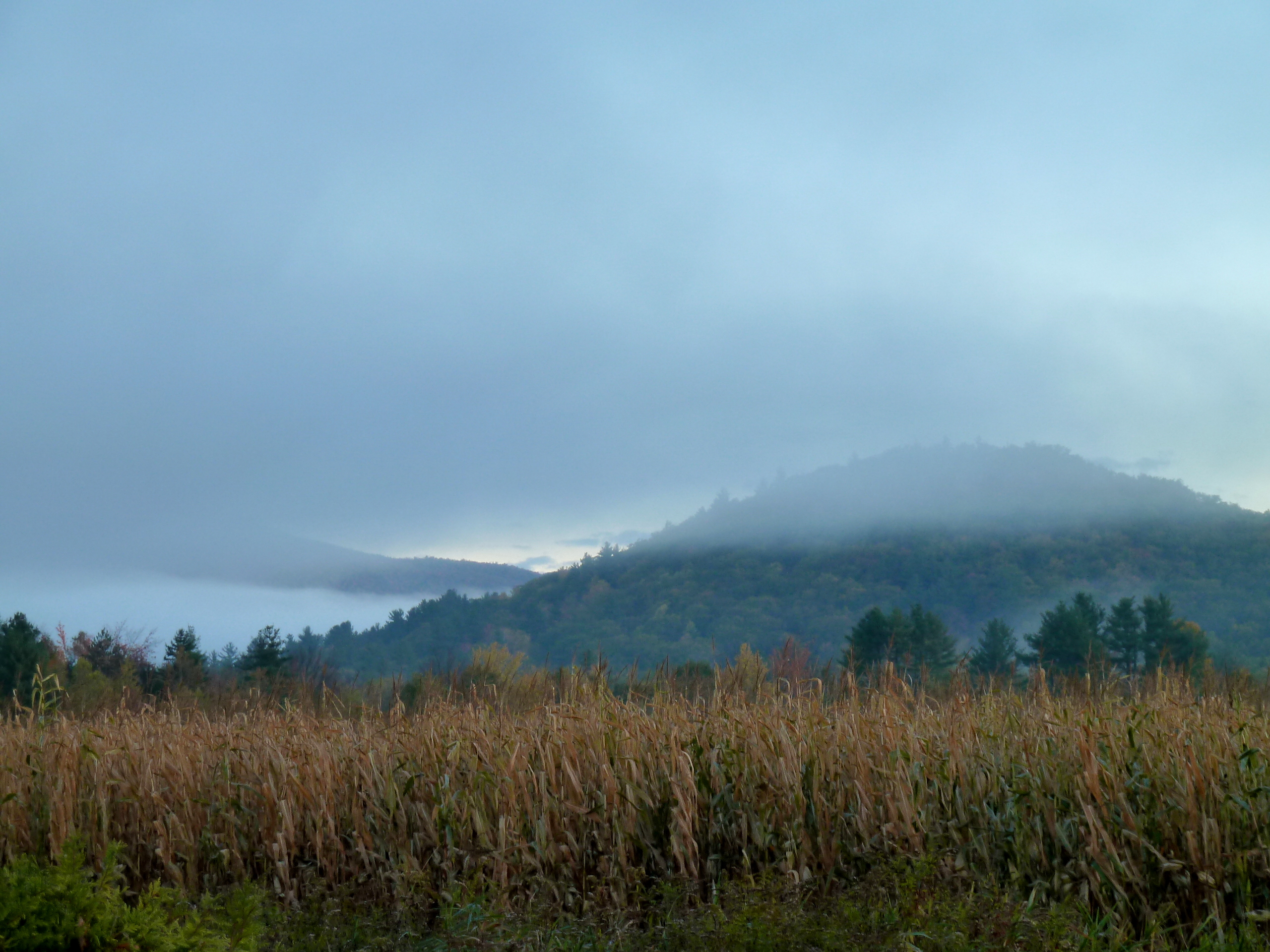 It was after reading a poem by James Whitcomb Riley that I realized all poetry is not schmaltzy and my interest in it was sparked. Here’s a poem for this week that goes perfectly with the time of year it is – I love the conversational dialect and the descriptions that put you right on the farm with the poet, feeling the crisp air of a frosty autumn morning:

They’s something kindo’ harty-like about the atmusfere
When the heat of summer’s over and the coolin’ fall is here-
Of course we miss the flowers, and the blossoms on the trees,
And the mumble of the hummin’-birds and buzzin’ of the bees;
But the air’s so appetizin’; and the landscape through the haze
Of a crisp and sunny morning of the airly autumn days
Is a pictur’ that no painter has the colorin’ to mock-
When the frost is on the punkin and the fodder’s in the shock.

The husky, rusty russel of the tossels of the corn,
And the raspin’ of the tangled leaves as golden as the morn;
The stubble in the furries-kindo’ lonesome-like, but still
A-preachin’ sermuns to us of the barns they growed to fill;
The strawstack in the medder, and the reaper in the shed;
The hosses in theyr stalls below-the clover overhead!-
O, it sets my hart a-clickin’ like the tickin’ of a clock,
When the frost is on the punkin and the fodder’s in the shock.

Then your apples all is gethered, and the ones a feller keeps
Is poured around the cellar-floor in red and yaller heaps;
And your cider-makin’s over, and your wimmern-folks is through
With theyr mince and apple-butter, and theyr souse and sausage too!…
I don’t know how to tell it-but ef such a thing could be
As the angels wantin’ boardin’, and they’d call around on me-
I’d want to ‘commodate ’em-all the whole-indurin’ flock-
When the frost is on the punkin and the fodder’s in the shock.