Personality. Some people have it in spades; others seem to have been passed over when they were handing it out. Some people have one that draws you to them like a moth to a light; others have one that repels you like matching ends of a magnet. I love it when people have a distinct personality; you can identify what they are and are not, or what they would and would not like. People like that stay in your mind and make you remember them whether or not you try to. There are a few people who come to the farmstand where I work who are like that; one of them is a lady who comes wearing a dressy(ish) red sweater, black shorts, and boots, bearing a Vermont license plate and a West Virginian-like accent. She makes me smile when she comes, because she is who she is – a very fine person in her own way. She’s got personality.

Personality. It’s what makes people interesting. And it’s also what makes characters in a story lifelike. When there’s more to the character than a name and what they do and say – when they have a life history, dreams, secrets, likes and dislikes, quirks, 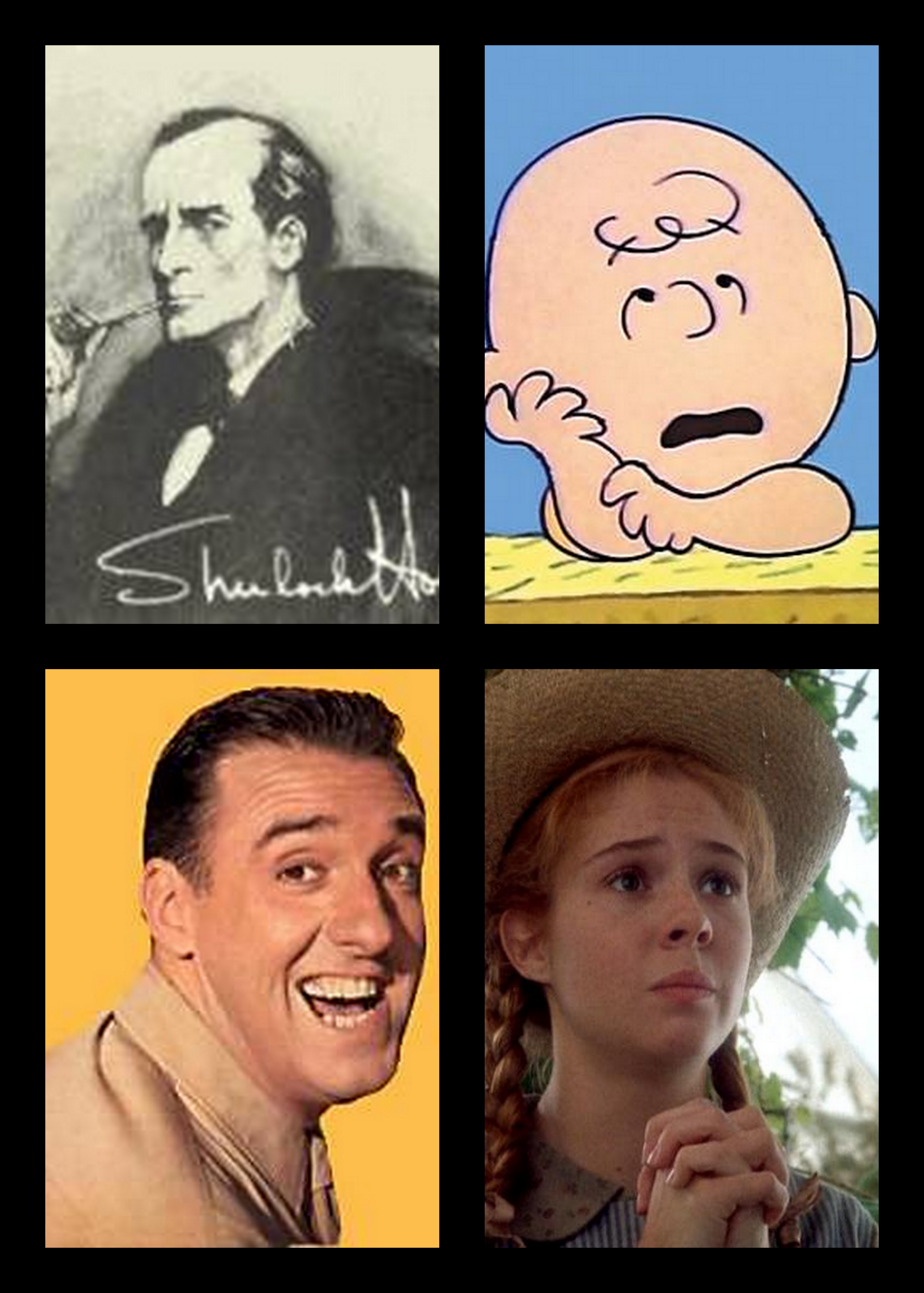 imaginations – they become real. Personality is the lifeblood of the characters in a story. It’s why the world is in love with Anne of Green Gables, says “Shazam” with Gomer Pyle, pities Charlie Brown, and refuses to believe that Sherlock Holmes wasn’t real – they have pronounced personalities. We know them. We love them.

One of my dreams is to create vivid characters for my stories – it’s something that I have a hard time with at the moment, because I can’t get most of them to stop leeching off my personality (which I feel is very indistinct and changeable, depending on my mood. Oh well – that’s probably not a bad thing, if it helps me relate to more people and more characters) – they like to take on my attitudes and thoughts about things, when I want them to get their own. One of these days I will get determined and teach them to be independent. Wouldn’t it be incredible to create a character that would become a well-known, well-loved figure?

I’m sure I will revisit this topic in the future, but until then, what do you think makes a good character? Who are some of your favorite characters from books, movies, or t.v.? What makes a person or character memorable to you?